PS4 has a better secret sauce? What the... 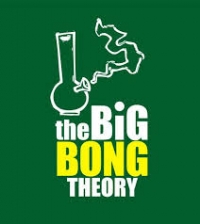 this direct x is all talk no show.

Hardware can only be more powerful if replaced with better hardware. Period. No amounts of software and API optimization will make hardware more powerful, but just bring that piece of hardware closer to yielding its maximum output.

Listen, children, DX12 is not going to have much effect on Sony because it won't make up for the Xbox's inferior hardware.

On the flip side if he was making an XB1 game you would be saying how he is an XB1 developer so moneyhats or "insert tired gaming community complaint".

So, is DX12 in developers hands already? From all this talk I'm not getting the sense that devs haven't used it. I hope my impression is wrong because a holiday boost would be fantastic, even if it's in 2015. That's when the new DX12 games show us what it's made of. If thhis new API only gets into dev's hands late 2015 then we will only see AAA games those games in 2018 (assuming a 2.5 year dev cycle). That is not so good.

Thanks for the mature guy to tell us what we all already know. Thank god we have our forum saviours.

So the PS4 tools will get better out of reaction to DX12 and not a natural evolution like all console's go through? Sony is not sitting on their asses waiting for MS to catch up, not that they'll be able to, there is a significant hardware gap. They're already making it more efficient:
PS4 ICE Team Programmer: ‘Surface Tiling/Detiling On The CPU Is 10-100x Faster Now’
http://gamingbolt.com/ps4-ice-team-programmer-surface-tilingdetiling-on-the-cpu-is-10-100x-faster-now

If developers already have it, it would be a very very very early alpha/beta.
Microsoft isn't just doing a minor update with Direct X 12, but a massive overhaul, which will bring with it some advantages typically found in low level API's, it's going to take allot of time and man power for such an overhaul as well as getting input from Intel, Via, AMD and nVidia.

Thus by extension if Sony doesn't do the same with OpenGL, then Microsoft most likely will have an edge in API performance.

It may give the Xbox One an edge in draw cell performance, it already has an edge in CPU performance to start with, which is fantastic for anything that's serialistic in nature or integer heavy.

It *could* close the gap somehwat, however Sony would also have room to move with it's own API's and make it's own improvements, which will benefit all of us gamers as the anemic performance of all the consoles will just go that little bit farther resulting in even better pretty pictures.

What I want to know is where they're getting these ideas from, latest Xbox one SDK doesn't have anything from dx12 in it so it clearly isn't hands on experience.