Forums - Microsoft Discussion - What will it mean if TF 360 gets a better Metascore than TF Xb one / PC?

For now the metascores sit at :

In essence it's all the same score, there's no real difference between 86 and 88 at the end of the day. But do you think, if 360 version, which is obviously technically inferior to PC and Xb one, gets the best metascore it's more about expectation than objective critical analysis of the game?

But it also means the 360 has a winner on its hands and the game 360 gamers are getting is a very worthy entry into the 360 library. It is not really possible for a mere couple of weeks delay to turn a lackluster version into a version that stands up well against its technically superioir counterparts. So it seems to me the 360 delay was all about pushing the Xb one version than about polishing the 360 version. Which is fine, but I do wish companies would be honest about this sort of thing. Do you think gamers would have some how punished MS / EA for being up front and saying that the Xb one version was effectively being a timesd console exclusive for a few weeks purely because they wanted to give the Xb one some breathing room and not have to compete against it's last gen counterpart? 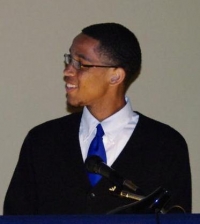 It won't mean anything compared to X1 version because it won't get nearly enough reviews to be taken seriously.

No I don't think Microsoft/EA should be villified for what is a smart strategy to sell their xbox one. It's not like they tricked consumers - it was well known you could buy the game for Xbox 360/PC version after the Xbox one. If you don't want an xbox one then there is still the other consoles.

Besides, Microsoft/EA hasn't screwed 360 owners, from what i can gather they got a smashing version despite the weaker hardware

If I wanted to play Titanfall on the 360 and found it was delayed just to push Xbox Ones, then I might be a little miffed. I'd get over it pretty quickly. Bluepoint did an amazing job and I still got to play the game without buying a new console.

I think this delay helped Microsoft but hurt EA. The 360 version could have sold a lot more at the height of the hype, but EA must have been willing to delay it. Who knows maybe Bluepoint did need a little more time to make the 360 version this good.

Watched a few gameplay vids from the 360 version and it is a damn impressive port that they managed to put together given the age of the hardware.

Lets be honest if you had a Gamecube game and you managed to port it to the N64 and still manage to retain the main body of the game wouldn't that be a more impressive feat than the original almost just from a technical point of view?

Game dev is difficult, and though people like to think there is a conspiracy, the truth may just be that getting late textures caused Bluepoint difficulty in getting it ready in time. When you are working on one game on multiple platforms, it's easier to get it done as its easier to see the problems and fix them there and then. If you have to fix it locally and do a data transfer (they probably had some data transfer between sites) and different people working on the game obviously, things do slow down *alot*,

I think EA/Respawn will have lost sales on this, and has damaged them more than MS.

In response to the original question, It really doesn't matter if the score is higher or lower than XBO/PC titan fall.

It will mean exactly nothing just like the scores themselves. They're just random numbers, there isn't any scale they are based on.

It means what your sig says. If you are going to replace the PS4 to play titanfall, dont bother doing it with an X1.

The primary reasons I have a X1 aren't out yet.