Titanfall+Halo+Forza+Kinect Sports rivals+Windows Apps+Quantom Break+Multiplats+Unnannouced games will beat PS4's lineup I imagine (Playstation doesn't have Huge hits in the US besides Uncharted really, most playstation exclsuive games only sell 1-2 million in US while Halo can sell 6 million+) Uncharted is not coming this year and GT7 is not coming either. Last of Us remake will sell decent but people just bought the game on ps3.

-It's tradition to buy Madden, Call of Duty, etc on Xbox Platforms in the US

I See no way the PS4 has a chance in the United States against the Xbox One especially now that Sony Charges to play online and Xbox One has a blue ray player built in (no advantage to getting a Playstation this time) Xbox brand is proven to be much stronger in the USA!

This is one of those threads where you know the author before you even click on it.

Xbox one is gaining ground but i don't think they will outdo the ps4 in the long run.. ps4 is still 399.. way cheaper 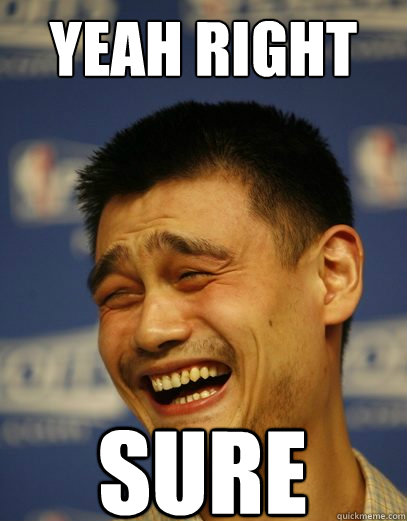 Perhaps in March. I don't see Xbox One outselling PS4 in April on though (until Q4). Kinect Sports will flop harder than PS4 in Japan.

But madden is selling better on the PS4 at the moment by close to 100k units and the ratio for COD between the systems are the closest ive ever seen them (pretty much 1 to 1)  :-/

Considering Titanfall has hammered in the last nail in the coffin of the PS4 in NA, I completely agree.

Reported for calling toastboy an author.

Xbox One will definitely win some months, but every one for the rest of the year will be difficult.