If you love those games then you'll love this one :) Muramasa is similar to Odin Sphere because of the focus on story, and since Dragon's Crown is more of a oldschool brawler with loot

I'll be sending a message to all members after I get some lunch >.>

I played a short ways into this game on the Vita. I hated it.

The combat requires a degree of skill, yes, but it feels like such a button masher. It also has a very poor difficulty. There's no reason to waste healing items or pay for healing items if you don't have full health, because dying at any spot will start you right back at that spot with full health. So the only time you are really required to use items is if you can't beat an enemy at full health. This really turns the game into even more of a button masher because knowing that you have no penalty for dying, meanings that you don't have to put in the effort to push any degree of skill because whatever HP you lose by wasting time defending yourself is just time wasted, while you just button mash through not carrying that you lose whatever HP amount, if you die and then button mash your way through, it's faster than fighting conservatively.

That doesn't mean it has poor difficulty, and it is certainly not just a pure button-masher. As you get further into the game and fight bosses and go into demon trees (I forget what they're called in game), you will come to rely on certain special moves from your blades and specific attacking/dodging/blocking/canceling techniques to survive. You'll get owned real quick if you think you can get by just tapping attack buttons and blocking on even normal difficulty, not to mention hard, which has one-hit kills.

Great game that I recommend to all. Lots of fun to be had.

Even though there's a harder difficulty and special hard areas which are challenges, you may need to use a little bit of skill on those areas, but it still doesn't change the fact that you start right before the battle you died at, so you have to do nothing more than retry before you get it right.  That alone kills the experience for me.

Also, I played hard difficulty.  Enemies do more damage, but you don't die in one hit.  I think.  Maybe you do and I didn't notice.  Anyways, I played until as the girl up to the third boss before I quit.  I wouldn't rate this game very high at all.  And the reason I quit was the absolute shitfest of a map design.  The map itself doesn't point to where you need to go, only a direction on the top.  But let's say you are on the correct layer, but on the wrong screen, going left will change say you have to go right, going right will say you have to go left, so the map doesn't even properly tell you where to go.  After two times having to backtrack because of the shitty map design I was like fuck this bullshit, deleted the save data from the Vita and have no plans to ever attempt that game again.

I recommend anyone intending to play this game, to try the Vita version, it's better o every aspect:

1 - most importantly it has access do DLC data which will include additional history for 4 new characters,
2 - HD graphics! (IT LOOKS AMAZING)
3 - Better localization the dialogues make sense and have been better adapted from the Japanese then on the Wii's version! 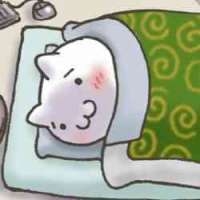 Wooo i can finally join in on this one Glad you could finally join us :)

hopefully you enjoy this one, btw which version are you going to buy?