Forums - Politics Discussion - What does Putin want with Ukraine

What is his end state

Theres amix of communism with capitalism in Russia, China and north korea. All of them still have dictatorships in their own way. If Russia  was a proper democracy, this wouldnt be as much of a problem, as we would know that theres no way Putin wouldnt have dreams of grandeur for sure.

Theres a problem with referendum option. Who is gonna organise it? Russia certainly doesnt have the credability for it. They will cheat for sure. So, ukranian authorities have to do it. Will Russia retreat to let that happen? Somehow i doubt it. 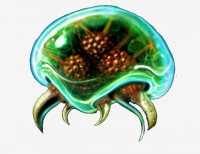 You think Ukranian won't cheat? They going against it, so they won't even do it.

American imperialism, anybody who goes against it is against freedom and sovereignty, am I right? Why don't you just straight up confessed that american/western superiority mindset of yours?

Sorry, whats your problem?  I was asking him if he was born in the UK, since his stance was odd for someone that was.  If you agree with him them I'd suggest your stance is also odd if you are English.  Before you get on your high horse... odd doesnt mean wrong, it means odd, out of the ordinary.  The majority of English residents would prefer to allign themselves with Nato over Putin.

Unfortunately HE was banned for his abusive and mindless post, so he couldnt respond.

NATO is an american slave and you know it. The vast majority of English would stand with Britain, NOT EU and certainly won't be a political slave to Washington. Ukarine is nothing but another proxy state in the making for the American government, we had no obligation to go to middle east and we have no obligation to align ourself with the American interest. What happens in Ukarine, happens in Ukarine.

America invaded how many countries and installed how many puppet governments in the past 20 years? Such hypocricy and here a BRIT is supporting it. What is your excuse?

Is something wrong with the elections for russian parliament in a way that it isn't wrong in the US for example? Sure, Russia has guided democracy, as the US and most european countries. Propaganda, some hurdles in the laws for the elections, discrimination for some groups of people (like less election machines in regions with more blacks in the US) happens in all these countries. So I would learn to know, if Russias democracy is in any way less "proper" than the democracy we have.

The same problem faces the next election for Ukrainian parliament. Parties that were strong in the south or the east at the last elections of Ukraine are forbidden outright in Kiew now or are facing repressions, like frozen bank accounts, plundering of flats of politicians or aggression against them. That's including the winners of the last election, the Party of the Regions. That's no base for 'proper' democracy.

I think a Nato peace keeping force should be placed instead of the russians (they should retreat), and they should organise the referendum.

Did you miss the part where the russian president fled from the country? Yes, there is plenty wrong with the russian parliament. Its a scham. The elections are fixed aswell, so nope. Its still a dictatorship in practice. It just tries to look like its not, and badly at that.

Did you know Iraq had elections aswell? Saddam won every time. How convenient. I guess the people loved him. lol

The difference in russia is that the oil and gas are making the country rich for now. While that money keeps running the people wont revolt.

Russian president did what?)))