Oh, is he living in a parallel universe where the 360 and PC don't exist?

But that confirms x360 doesnt exist anymore for microsoft..

exactly. 360 is in its 9th and its getting a lot of high profile multiplats/games not on Playstation. Next year, I doubt PS3 will get the same amount of notable releases. Hence my post.

No it isn't. The 360 and the PC can play all three. If you want true exclusives InFamous, The Order will be accompanying games for the PS4's multiplats.

Well played but all those are on 360 too. No need to "jump in" unless you want to. 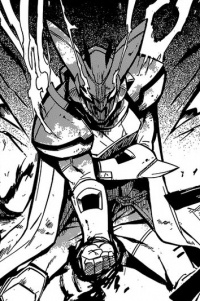 You being in the xbox camp is fine, but we're not even in March yet. You don't know what the rest of the year has in store for either ps3 or 360 to make that kind of statement, but I guess it is your opinion and you're entitled to it. Anyway, 3 big games in Titanfall, Destiny and Watchdogs for 360 so far. Unless I missed something, Destiny and Watchdogs is on ps3 too. Ps3 also has Persona 5. Maybe not high profile for everyone but I believe it will sell well. All three sides have good games coming.

Also, In my opinion this one possibly good year for 360 doesn't even out to the last 3 for sony.