Forums - Gaming Discussion - Hardware does matter! (hear me out)

I've been told time and time again by hardcore Nintendo fanboys that hardware specs don't matter when in reality it does matter. It always has.

I often hear arguements like "it's not the hardware it's what you do with it" which is so fucking stupid and backwards and only said to damage control for Nintendo when the only reason Nintendo makes underpowered systems is to generate more profit (which they don't even need) at the cost of limiting the creativity of their devs. There is no one way gamers benefit from this shit.

And to make it worse the same guys damage controlling for Nintendo are total hipocrites. These same persons are the ones who left skid marks in their pants when they saw the Zelda U tech demo and the lighting and physics effects in 3D World and all I can say is "Yes, welcome to almost a decade ago".

Same thing with the Wii U. I'm confident it will get stronger sales with the 2014 line up but do you think it will be getting PS4/XO multiplats when it gets a larger install base? NOPE! Games like the Witcher 3 are 30 times bigger than the last game which is miles pass Wii U capabilites. You Wii U guys could be playing awesome multiplats in the future if Nintendo wasn't so cheap. Blame Nintendo. Don't defend them.

To me it doesn't matter. Enjoy your overpowered console, I am fine with my Wii U!

Its not really about Nintendo being cheap, its about their obsession to revolutionalize.

They can easily revolutionize with more powerful hardware.

The Wii U gamepad with next gen specs would have probably given them the edge over the competition.

I approve of this message. Every gamer who plays accross multiple platforms should know this by now. Kotakus even put up a poll in response to its article about technical details mattering. The "It doesn't matter" crowd is a tiny but vocal minority. 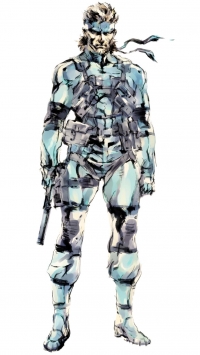 why do you buy a console if hardware matters? 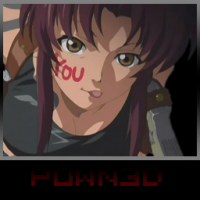 You have some issues and complexes don't you?

It does not matter anymore... You can cry, scream, roll, jump all you want and it won't matter. Times has changed, look at 3DS, Vita and Smartphones, look how people are fine with that visuals and games. Heck... People were fine with Wii in 2006 even when no developer ever used all the potential that Wii had.

Problem is not the hardware(tool/metal), it is the developer(blacksmith)... A good blacksmith will have a sharp(coding) and well balanced(optimizations) sword(engine). Look at Resident Evil Revelations on 3DS, by specs it looks like that kind of visuals are impossible at a glance yet Capcom completely optimized engine for 3DS. Monster Hunter Tri, Tri Ultimate and 4 are examples that you could have a good open world game on 3DS.

If Vita was utilized properly then you would have a decent GTA game on it.

Also I have a questions... So a decade ago there were DirectX 11 a like feature set and effects?

Personally... I would have banned you for a week just that you cool yourself down since you have issues.

Hardware and specs always matter in gaming, that's it.

Wow man no need for the personal attacks.