Oh my... dat damage control. Stop right there you are making fun of yourself.

How would Sony force a company to hold the PS4 and not sell it? I know some stores held on to some of their stock to entice people to shop there during Black Friday. It gives them a chance to draw in more customers and possible pick up additional sales. This likely happened with the Xbox One and the PS4. To say Sony forced them to do it sounds ludicrous. Most of the consoles produced will be sold around this time, there is no reason for either MS or Sony to have retailers hold back stock.

I don't think you're understanding the argument being put forward.

If MS had turned all of their early manufacturing towards making NA systems, and shipped only to NA in the first couple of weeks, they would still sell the same number of consoles they did across 13 countries, because the same number of consoles would be manufactured, but they would all be sold in US and Canada, and thus would match the PS4's launch numbers in the region.

It's certainly a debatable claim, but not one that you can dismiss outright. The question to ask is, did the Xbox One sell out its first shipment, or are there some Xbox Ones still on shelves?  If the former, then the claim is likely right that Xbox One would have sold just as well as PS4 given equal shipment numbers, while if the latter, then the claim is wrong.

No I understand it quite well

They would not have sold out all consoles at launch if they only sold it in NA like Sony did. I know for fact that you could walk in Gamestops in both Dallas and Pitt and get and Xbox One without a preorder. I also know Best Buys in Philly area were still selling Xbox One after the first 24 hours.

Should of clarified so you didn't have to write this: I meant in the USA, not WW. Yes, I do know how this works, but thanks for the info anyway. :)

There were places in Australia, in 2006, where you could walk into a game store a few days after the Wii launch and still find Wiis... they were, in most places in the country, sold out very quickly, but there were some places where they were still available.

In other words, a couple of data points does not make information. You know of certain stores that were still selling units after 24 hours... what about the rest of them?

What you have committed is called "confirmation bias" - you observe a couple of stores with some stock left, and ignore all the stores with none left, because doing so allows you to say "there are stores with stock left over", which supports your preconceived idea. 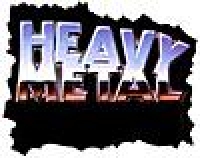 Doubtfull..demand is clearly higher for ps4 even in the US right now...... Again, xbox won US because it head a price advantage and head start and huge games advantage early..not the case ow. They also never came close to selling out despite selling less then sony in the US> 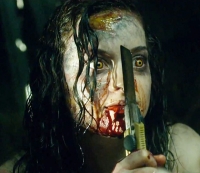 And the Wii just continues to push out game sales, even though most retailers seemed to only have a few consoles ( not counting a ton of Wii Mini's which all sold out).

I am more happy with the Mario Wii U sales than the Zelda 3DS sales. I was expecting more. But I have not been around to see pre-order charts or how much hype there was for it, so I am probably wrong. Still nice to see some great sales for those games!

COD Domination is no surprise though, although I feel it could have a big hit next year due to the quality of this year's game. Was nothing special. I gave it a few hours of play time.

I actually wish that they would have two, because the old systems are going to be huge this holiday still. Pain to have to go and search out they're sales.

But life is full of change.