Number 3 is The Legend of Dragoon? It's still at the top of the pile. The addition of parallel worlds added depth to the Zelda universe's gameplay.  This game wrote the formula for those later to come with all of its additions.  Spin attacks, heart containers, many items, and multiple floor dungeons with more than just staircases to travel between floors all were wonderful features of the huge zelda world.  There were so many hidden wonders to discover in this world that exploring was often as fun as the massive dungeons.  What really made this game is the unbelievable number of items and upgrades to those items you get throughout the game, including some very useful ones which aren't even required to complete the game. Many of these items such as ice and fire rods are sorely missed in other games, which usually have a small subset of the arsenal.  There was also a fairly significant amount of story for this game to keep you involved if somehow the gameplay was wearing thin.

You are correct sir.

I just want to thank Smeags for hosting this awesome thread

And thanks to everyone else for sharing all their awesome games and memories. 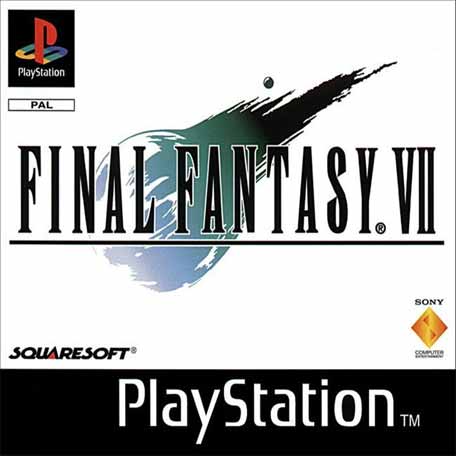 This was my first real JRPG and it completely took me by surprise. Before having even played the game, I used to dismiss it as overrated and even make fun of it somewhat. It wasn't until my step-brother found the game at a car boot sale for just 20p (around 30 cents) that I decided to give the game a try, and I'm so glad I did. Not only did the 12 year old game become one of the greatest games I had ever played, but it introduced me to an incredible new genre and countless other masterpieces. I feel that this game is seriously overlooked compared to other Resident Evil games, and I don't think I've ever heard anybody else refer to it as the best in the series.

In my opinion, this is the best Resident Evil game by far. Resident Evil 3: Nemesis frees you from the cramped and repetitive environments of the first two games and lets you explore a huge area of Raccoon City, where the sense of destruction is epic. The number of puzzles and fetch-quests are toned down in favour of more action orientated gameplay. The soundtrack in this game is surprisingly great and unique. It definitely adds to the sense of fear in the game, with some tracks being light and eerie and others heavy and frantic.

Easily the best thing about this game though is Nemesis, my favourite boss in any videogame by far. His almost human-like appearance is frightening, he's brutal and he's relentless to the point that you'll be paraniod for the majority of the game that you'll encounter him yet again. No other game or even a movie can cripple me with fear like Nemesis can. Every time you take him down, he becomes bigger and stronger. His death only comes after you hit him directly with a rail cannon, pump 6 magnum bullets into his body and let a nuclear bomb finish him off. Talk about awesome.

Once again, you show your extraordinary aptitude for this guessing game. All correct.

As for 10, there's only one Splinter Cell game that anyone would ever have as their favourite in the series: Chaos Theory. The "this isn't a video game, Fisher" line comes from Chaos Theory as well.

May I ask how on earth you managed to get Skyrim?

I bet he used Google, proceeded to click on the first result, then put 2+2 together.

I've played Skyrim a fair bit and read a lot of the books in the game. I knew the phrase sounded familiar and had Skyrim in mind, although I'll admit I had to google to double check. I think the first hit had the word "Dragon" so I went with it