The Next Big 3D Mario Game 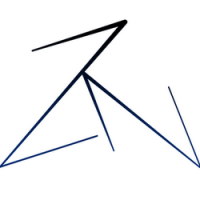 So Super Mario 3D World is less than 1 month away. I've been waiting for this moment since E3. After watching the October Trailer on Nintendo's Youtube channel over and over again, Nintendo officially has my purchase. I won't be getting the digital version either. I'll be waiting in lne at Gamestop. While everyone else is Waiting for the Xbox One, I'll be getting myself some Mario and maybe TLOZ:ALBW for the 3DS if I have enough cash on me.

Anyways, the game is obviously going to be a masterpiece. The level design, the graphics engine, the timeless gameplay, it's worth the purchase.

Of course, there ARE a few concerns out there from some gamers. One concern is that the level size is too small.

From all the videos I've seen of levels, I will admit that it DOES take 2-4 minutes to clear each level. Of course, all of these levels are only in the first 3 worlds.

Of course, even if the game WAS extremely short, that doesn't make it a bad game. We all beat Pikmin 3 in a day...but it STILL had replay value..timeless fun. SM3DW is obviously MUCH longer than Pikmin 3 in terms of worlds and whatnot.

Also, yeah, this game isn't a Galaxy game...BUT if you've seen the October Trailer, you can spot some galaxy-type gameplay around 0:46.

Anyways, onto the main subject.

Yeah, Miyamoto says he wouldn't rule out another Galaxy game, but I BELIEVE, deep down inside, Miyamoto is DONE with the Galaxy series.

He wants to move on.

I think EAD Tokyo are working on something extremely special right now. They'll release at least one more game for the Wii U and 3DS.

Super Mario 3D World 2? It's possible. But I'm thinking it'll be called something else.

I'm thinking that the NEXT 3D Mario game will play like SM3DW, but you'll have perfect control over the camera with the right stick.

The game will put the player back in single-player mode. For Multiplayer, there is a seperate mode. Yoshi needs to return too.

Another idea is expanding SM3DW for a perfect online multiplayer experience.

The game is amazing singleplayer and local multiplayer, but online multiplayer brings the game to a whole new level.

Instead of 4 characters, you get 10 to choose from. Mario, Peach, Luigi, Toad, Wario, Waluigi, Daisy, Bowser, Rosalina, and Mouser.

The levels are 3X longer, the graphics are even CRIPSER, Level creator can be used to create levels and upload them to Miiverse(somehow?).

Your level can be played by anyone with a Wii U and internet access.

Anyways, just some ideas I had.

After SM3DW, what do YOU want to see in the next Mario game?

After 3DW I want the next 3D mario game to have a huge ass hub that has plenty of hidden stars and secrets for the player to find, I'd was plently of diverse places to go to and go back to the classic star system, not the flag pole one.  I want something different like Sunshine, I want Nintendo to come up with someone that I didn't even know I wanted until I see the game, just like Sunshine did.  Galaxy was good and all, but I kinda think it was a step in the wrong direction and now it looks like the 3D mario games are just gonna get more and more linear, less to explore and idk its hard to explain, it just doesn't have that magic that 64 and Sunshine had.  Thta being said I think SM3DW looks amazing and a day 1 buy for me, but I'm not going to midnight launch since its gonna be so crowded lol.

I think when he said Galaxy style game he didn't mean Galaxy 3 but a game where you collect stars.

Oh please give me Galaxy 3. That's all I want. 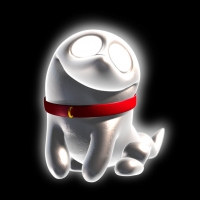 I want the next Mario game to be a mix of Sunshine and Galaxy taking place in this city from MK8. 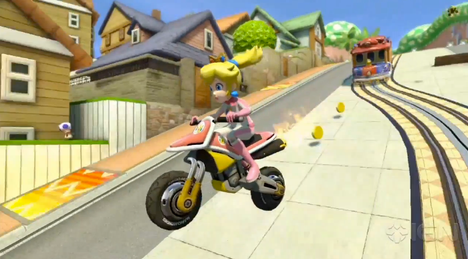 people who don't like Nintendo shouldn't even be allowed to say what they want!

off with their heads!

I'd love to see something like Super Mario 64, with a world where you can access all the worlds from (like the Peach castle in SM64), please no timer or flagpole (like SM3DLand/World) or FLUDD, the levels should be big and explorable and they should find a creative use of the gamepad that would make the game stand out.

galaxy series needs to be a trilogy its that good and then they will have my permission to make something else.

Another Galaxy game would be awesome though.  SMG2 is one of the best games ever!

That being said, 3D World is looking phenomenal!