Which of these Starters Would You Want A Mega Stone Event For? 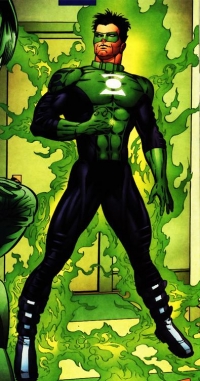 Add me!!! Game name is Dero

Three members of my team down, I only need to ev train one of them and level them up

Edit: All three of them are fully trained only needing to evolve them to their last form and start thinking on the other three members

Have you thought of using Swords Dance or Nasty Plot +3 Attacks instead of Hyper Offensive?

Now to answer your Attack vs. Special,  an attack set gives you priority moves like Bullet Punch & Extreme Speed with slightly more damage while a Special set has Vaccum Wave for priority and a surprise factor (since its less used).

Your physical set needs some tweaking, try this:

As for a Special set, I think only Mega Lucario can work with this (without Adaptability a Physical set just does better):

Made 2 competitive pokes, only 4 more to go.... woooooo

I don't think they need to be online for that. I've had some with hidden abilities with my wifi off. :O

just need to be friends and beat the game and its unlocked! So wat your 2 train pokemon unless your keepin them a secret for now lol

Thanks, this is some really great advice. Unfortunately I'm not quite as hard core into Pokemon as I use to be, so going for a Hidden Ability and a bunch of egg moves is way beyond what I'm looking to do. It also seems Serebii hasn't completely updated their Gen 6 Pokedex as half those moves weren't even listed. Because I generally don't competitive play, I generally go for high power attacks, and a range of types, and neglect using stat boosters or other trickery type moves (like trick room, sand attack, etc) that I know can be used in amazing ways, butI just generally don't do that, with the idea that any type I come up against I pretty much have a response to it and hopefully kill them in one hit or at least before they kill me (and I wrote a program that helps me pick move types so I get the highest range, most of my Pokemon can hit super effectively ~75% of all types, single or double).

Part of the reason I'm going with Lucario next is because my first two Pokemon (Mega Garchomp and Lapras) both lack decent ways to deal with Fairy types when I'm in the Battle Maison, and having a steel or poison type (as I mentioned in my post) attack would make it easier, plus Lucario wouldn't be quite as weak to them as Garchomp, and more powerful than Lapras is. I'll probably go with Special sweeper just so I can have that steel attack for Fairy types and still have the STAB. But I'm still undecided. I guess I'll see where my Lucario ends up nature wise and IV wise once I breed a few. If I can't get any with Timid I might go with the attack route (as a strong Poison attack against a Fairy if you have strong attack stat would probably be enough to kill them anyway).

Thanks though, very useful, gives me a lot to think about!

If I have a Japanese Pokemon from the GTS and I breed it, will I get an English version, or another Japanese one?

English.  It's region is based on where it was born / caught.