While it is possible, I doubt we'll see any 900p version games, most likely they'll reduce framerate to keep it at 1080p or reduce resolution to 720p.  Or perhaps worse case? scenario, they'll reduce draw distance and other effects.  As far as I'm aware, they don't make any 900p televisions, only monitors. 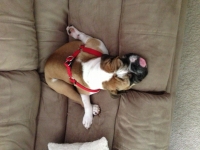 Only time will tell how much the PS4's power advantage will show.  I believe that both the Xbox One and PS4 will be pretty similiar especially at launch.  Although as developers really try to push the graphical boundaries the PS4 versions should look and or peform better. 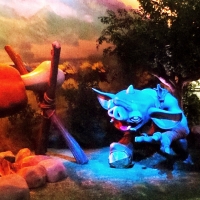 You don't need a 900p monitor for a game to render 900p - you just need to upscale to 1080p. Remember all those PS3 and Xbox 360 games that were rendered sub 720p? That's often the choice developers make.

Would you rather have a 1080p@60fps PS4 game downscale to 900p@60fps or 1080p@45fps. I expect dropping resolution is going to be the best way to port down to Xbox One that's why DF gave that as the best solution.

Well, the question I ask myself is: Why should I pay more for a console with less power?

We'll have to see about the differences, but I think they should be quite noticable, because both consoles use the exact same architecture. That way developers can profit from the PS4 Power without the need to rewrite the whole code. There's no cell or anything like that.

In the end, Sony just made some pretty good hardware at a reasonable price. I don't see why you wanna downplay that simple fact. It's not like the Xbox is shitty because of that. But hardware-wise, the PS4 is better. It's a simple fact and has nothing to do with personal opinion. That comes into play when it's about the games. But the console itself? It's considerably faster on paper, more advanced (dat GDDR5!), smaller, no power brick... The only reason not to say "well done, Sony" is if you want to make the XBox look better. The XBox is also a good console, but it's just not as good as the PS4 from a hardware perspective. You gotta know yourself if that is important to you or not. To me, it is. But that's just me.

People try to undestate the difference here but i will make it pretty clear.

See the graphics on God of War ascencion, Uncharted 3 and The last of us? Nothing on the 360 looks that good.

That is what you can expect. More RAM mean more stuff can be done at the same time. On ports you will see shorter loading times and faster draw-in aswell as a more stable frame-rate.

Depends on what each person chooses to value, but for me its a given that the better performance will result in better looking games and better performing games. That is significant for me. But it isnt the reason why not to buy an Xbox1. That is microsoft.

The extra power will probably show itself in the UI and some extra polish. It'll be like the Xbox and PS2. The PS4 will have the best versions of games, only it'll be one the dominant console this time.