Not sure how reliable this source is, but I can see it.

Makes sense because Zelda: WW likely cost Nintendo very little to up-port to HD resolution with some gamepad functionality, but it adds a good amount of value to the overall Wii U package and Nintendo Land can stay because it demos the Wii U game pad properly.

And it doesn't interfere with sales of other games .... I think Nintendo still wants to squeeze standalone sales for NSMBU for example, the sales that its sitting at now isn't good enough and if NSMBU is bundled it may dissuade some people from buying Mario 3D World for instance.

Bundle two games with the 32GB for 299 would be a pretty good bundle. That is dropping the price by 50 and adding WW.

Great deal, but has Nintendo ever bundled a zelda game with a system besides OoT? I only remember the gold system.

Noes, this has to be fake! I refuse to believe Nintendo would be fool enough to not release them Pokemon XLs over here.

You could get the GameCube with the Zelda compilation disc bundled I think back in the day.

It would be a wise move

Yeah that one was bonus to the Mario Kart Double Dash bundle if I remember correctly. I got it from Club Nintendo in any case.

Besides that one, I know there was a GameCube/Wind Waker bundle at least here in Europe, because my cousin got that one. It also included Ocarina of Time & Master Quest as bonus. Lastly, The Minish Cap was shortly bundled with the GBA SP and I think either Phantom Hourglass or Spirit Tracks was shortly bundled with the DS but I'm not sure. spurge is correct in the N64/Ocarina of Time bundle though, that existed too.

All in all I'd say it's plausible, but I hope it won't be a Special Edition because I don't want to miss out again

That would be prett cool, but I'm still not buying a Wii U. :( 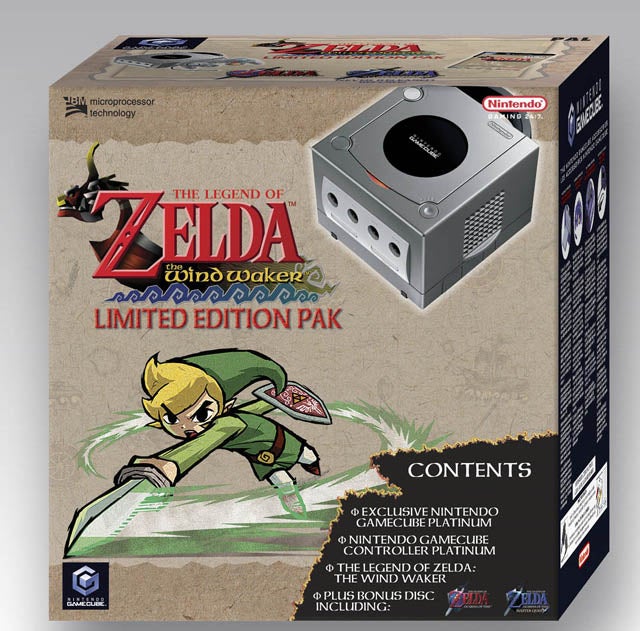 North America got a free Zelda Collection disc with a GameCube for $99.99 in November of 2003: 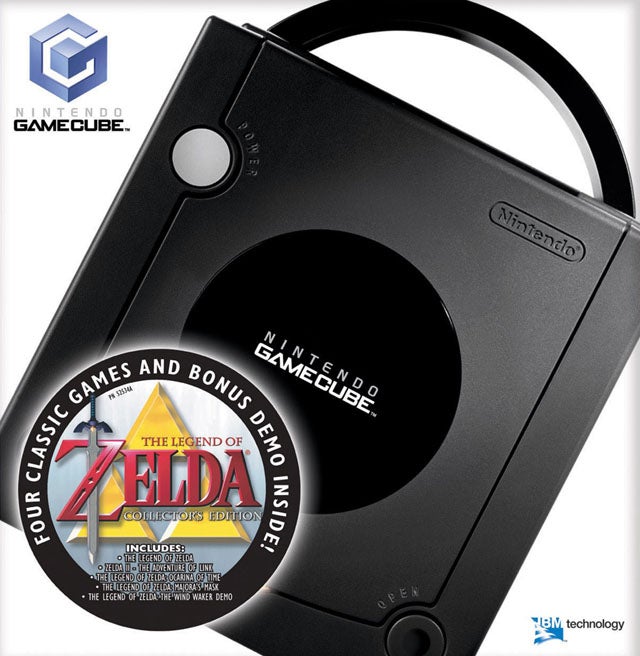