Does the Vgchartz community  think the strategy of releasing these games as flagship WiiU titles to be a good idea, would it really help the sales of the wiiU?

I'm saying these games are not system sellers, nobody is going to buy a currently priced $350 console for those games, they are better suited as complementary games later in a console life cycle like how they were used on the Wii. Why didn't Nintendo just use these games to carry the momentum of the Wii?

Does it not bother anyone else that the games Nintendo are showcasing for the WiiU could have easily been done on the Wii. I am perplexed as to why Nintendo would abandon its most successful console, with a large userbase, to release games on another console with a smaller userbase. NSMBU, Pikmin 3, DKCTR, NSMB 3d World, all could have been used to give the Wii more momentum until they got their act together for games that are worthy of buying a new console for.

Edit- These are the first year wiiU titles I mentioned specifically, why these could not be used to carry the momentum of the wii into its later years then release the wiiU in 2013 with the 2014 titles.

ehhh every shooter shown on other conferences can be done on last gen consoles with more profit...whats your point???

besides: you didn't mention games like X, Bayo 2 or Mario Kart 8 which couldn't be done on the Wii

3D Mario, Mario Kart, and Smash are their biggest system sellers I think. 2D Mario is more of a supplementary game once you already have the Nintendo HOME console (system seller on handhelds). 3D Mario seems like it could really be difficult on 4p imo. Nothing surprising other than that for me. Donkey Kong Country was a nice surprise as DKCR was one of my favorite Wii games. Zelda will hopefully be out by the end of 2014 but I'm thinking 2015.

Also there is the other Retro Project (obviously not Metroid, cause they chose to make DKC before that) so I bet it's a forgotten IP or a new IP. Too many rumours which lead to the same conclusions. Retro has two teams.

X.....man, for a game with such a tremendous big world it sure does look amazing. Bayonetta 2, also looks great. 60 FPS for sure. Also they announced that they almost wanted too show Zelda Wii U today. It's further in progress then we all thought. We all knew that PS4 is in a other league. And still, Monolith Soft impresse dme today greatly. Never seen a RPG like this, it's a very ambitous game.

Mario kart 8 needed to be out this holiday, it is probably the biggest system seller for nintendo 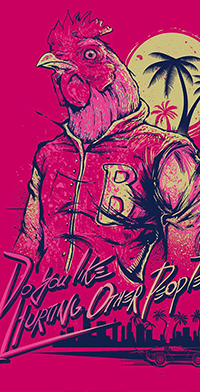 No in fact, this made me delay my purchase by like 2 years.

For me? Yes. For regular golf 'ol gamers? Most likely. For forum goers that don't want to like the Wii U or the announcements? Well, no. 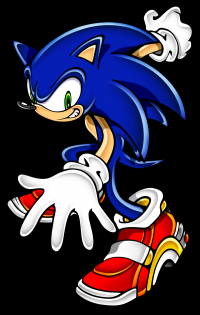 Mario 3D World should help sales, and MK8 and Smash will help when they arrive in 2014. Other than that, I didn't really see anything that I think will really help the Wii U sell. Bayo 2, X, Pikmin 3, Wonderful 101...all likely to be good games, but all of them are too niche to really boost sales. MAYBE Wind Waker HD and/or DKC will make an impact, but I doubt it.

I honestly didn´t think Nintendo would leave Mario Kart for next year, I keep thinking they really needed it for Xmas this year.