Games releasing every week from here straight until the end of April. Granblue next week, the Hatsune Miku/Death End the week after that, then Persona 5 S the week after that, then Touhou next, then Pokemon Mystery Dungeon hasn't charted yet but probably will before release, then Nioh 2, then Animal Crossing will have definitely charted, then One Piece, then RE3, then FFVII, then The Fox Awaits Me, then Trials of Mana, then it's May. We won't be seeing a chart refresh for months, instead it'll just be a continual trickling of games and points from the chart until E3.

Small pond with a few ripples on it. That's how it feels

Chart is going to get so painfully close to exiting single digits only to slide backwards again every week. 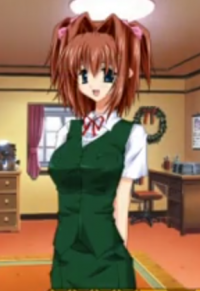 And I had a lot of hope.

It's episodic, if I understand correctly? Most people are probably, like me, waiting for the full collection to come out on PS5 as a single game.