EA is hardly going to be the only company that treats the Wii U like garbage.

If Nintendo wanted third party support then they should've just basically let third parties approve the hardware. I mean who cares, the EAD teams will make a great game even if you put a gun to their head and forced them to work on a 25 year old Sega Genesis chipset.

Making a chipset the "Nintendo way" = no third party support. That's all there is to it, these other companies don't have the time to waste on some experimental platform, either bring a modern console to the market or get lost, there's 140 million PS3/360s already out there for developers to make money off of if they want a chipset that performs like it's from 2006.

This isn't about "making friends", this is just a business. Nintendo is irrelevant enough to a lot of third parties that simply ignoring Nintendo is a very viable option when time/cost investments are factored into the equation. If Nintendo wanted to change that, they should've made a different type of hardware system. Period.

They made the Gamecube chipset modern for third parties and that got great third party support... oh wait, it was snubbed too.

If you invest in an audience early on, you build a base for yourself for future sales. Wii U represents a potential base; devs aren't investing in it, and as a result they're leaving potential profit on the table. Porting to Wii U well isn't that expensive. 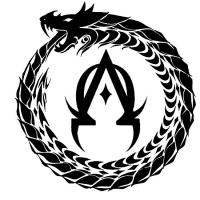 I agree that not every third party will be supporting the Wii U but few, if any, will treat Nintendo the way EA has.

Your whole argument about "no third party support" is flawed.  They've got Crytek, Capcom, Ubisoft, TT, WB, Square Enix, Criterion, Atlus, Namco-Bandai, Sega, Platinum, Activision, Precursor, Slightly Mad, and Indies out the ass. And that's only what we know about, considering the SMT x FE collaboration is supposedly one of many they have in the works. Hell, even EA's hand might be forced considering the FIFA and NFL license deals, not to mention the one with Star Wars since Disney has a strong relationship with Nintendo....a real one at that. How many can you name that are absolutely, 100% not supporting the Wii U ever?

"chipset that performs like it's from 2006" is also completely false in every single way. It is clear you know nothing about technology if you honestly believe that to be true. I am guessing that you think that the Wii U is barely more powerful/slightly less powerful than the 360/PS3 based on launch ports. Thing is, you need to compare launch games to launch games. Resistance looked good at the time, but doesn't look that great when you compare it to new games, same goes for Condemned or Perfect Dark Zero......if that was the best games were ever going to look on the 360/PS3....ugh.

The simple fact that the Wii U can run those sloppy launch ports slightly worse/the same/better than their 360/PS3 counterparts which were designed around an entirely different architecture while only using 33 watts of power is impressive in it's own right. The 360 CPU may have a higher clock speed, but as curl-6 mentioned, that is comparing apples to oranges especially when it is a newer chip that is more efficient all around. The Wii U has fewer pipeline stages than even the PS4/720 (4 vs 21+) which means less time is lost if there is a processing error, it has more cache than the 360/PS3 and has a more evenly distributed cache than the PS4 (3mb for 3 cores vs 4mb for 8 cores), OOE trumps IOE every, single, time; has strong SIMD, and supports SMP. The GPU is almost entirely custom with Directx 11 equivalent capabilities (360's advanced 2005 chip only supports Dx9), utilizes GPGPU which means the CPU doesn't need to be powerful (it could probably be less powerful than it is and things would still be okay), and has 32mb of eDRAM.....which is extremely high bandwidth, embedded right on the GPU for very fast access, includes the framebuffer and z-buffer which are sensitive to bandwidh limitations (meaning the Wii U's "low bandwidth" isn't actually a problem), has enough space to handle some of the texture data and still has room to make tesselation even more efficient than it already is.

Chipset that performs like it's from 2006? Not even close.

You're right, this isn't about making friends and is a business. Nintendo is in the business of making games and making a profit. If they can do so without every single 3rd party on board....why would they need to consult them to make the hardware? That would be "making friends." When you ask third parties exactly what they want, and give them literally everything, you end up with an expensive piece of hardware that will still be sold at a loss, insane R&D costs, massively inflated budgets, and games that need to sell over 3-5 million retail units just to turn a profit, more to be counted as a success. That's just absurd. If Sony or Microsoft weren't in the business of "making friends" they might have actually made money on the PS3/360 instead of losing billions. Combined, they lost about $8 billion with their consoles. Nintendo even profited when they had to carry the poor selling Gamecube by themselves.

So Nintendo is to blame for backing out of the 'unprecedented partnership' yet it is EAs fault...

Whatever Nintendo and EA's relationship is at the end of the day they both would like to make a profit. I don't know how much it costs to a port game to the Wii-U but if EA lost money on porting ME3 and they feel that porting games later down the line will only lose them money than so be it. Obviously this is all assumption for all I know ME3 U was a massive success.

As for Ubisoft I feel they are onboard with the Wii U, because they may lose money on a few ports early on but later down the road when Wii U owners start getting accustomed to AC, maybe Far Cry, Watch Dogs they may be more likely to purchase them down the line. But I'd rather not speculate, just this time.

The GameCube wasn't snubbed by third parties. It had a lot of support including by EA themselves (NBA Street, sports games, SSX, Lord of the Rings, etc.).

It had Resident Evil exclusivity and other exclusives from Namco, Sega, and Capcom and lots of big multi-plat titles like Prince of Persia, Beyond Good & Evil, 007 Nightfire, Timesplitters 2, Soul Calibur 2, etc.

It didn't get the GTA games or Final Fantasy, but Sony was smart enough to lock those up and had leverage over publishers because they had such a huge headstart on Nintendo/Microsoft (and actually took advantage of it).

It's not the fault of third parties that Nintendo opted to corner themselves into a kiddy reputation with the look of the console and cell-shading Zelda or that Nintendo made some odd choices with their core franchises which led to low hardware sales. That's all on Nintendo. It's not a third parties job to brand and market a console, that's on the hardware maker.

Third parties don't have time for "potential" in today's business, games cost more than ever to make, they have limited resources and have to pick which platforms are going to bring them back the best returns.

Instead of making a balanced, modern console that was easy for third parties to develop their next-gen engines on and taking advantage of a year head start, Nintendo opted to (once again) bet everything on a controller gimmick, only this time it isn't taking off with casuals at all. That's just the law of averages evening out, when you gamble on miracles, eventually you will get burned.

Sony didn't "lock up" GTA, it was on Xbox too, but not Gamecube.

And third parties lose nothing by adding Wii U while keeping 360 and PS3. Porting isn't expensive.

Problem is EA was holidng hands with Nintendo at E3. If the really hated the hardware so much why even do false pretences? Was it to give Nintendo a feeling of false security so they fail this gen?

Saythign that I do not disagree that the hardware is under powered.

Microsoft paid to get it on XBox and it was a good while after the PS2 versions.

It still takes staff resources to port a game, the amount of staff it takes to port 4-5 Wii U EA games could probably be pooled together to work on an original PS4/720 or PS3/360 project, which probably would have a better chance of selling if it breaks out. The amount of staff/money it takes to port one game, not a big deal, but when you're talking porting each iteration of Battlefield + Need for Speed + FIFA + Madden NFL + Tiger Woods + Star Wars, that likely is getting into a pool of about 100+ people that are needed.

EA's franchises on the Wii/Wii U ... really not a good match, the Wii brand is more about casuals and kids, EA relies more on jock gamers (nothing wrong with this) and male teenagers/college kids. That's just their audience, and that type of audience tends to like to Sony/MS' hardware/marketing philosphy better than Nintendo.

What could have happened is that Nintendo went to EA to ask for help/tips for their new network given that EA has a lot of experience with online gaming from a big variety of games, from FIFA to Battlefield to Burnout. From here come sthe "unprecedent partnership" of E3 2011.

Then the big heads of EA could think "why help them? Why don't we offer our own infrastructure? They sure will say yes" and when Nintendo said "No, thanks" they overreacted. And are still pissed off.

Of course the sales of both the console and the few EA games on it are part of this story, but if Warner Bros (which is not as big as EA) have decided to launch Batman Origins on WiiU after Arkham City sold only 140k copies, there's no excuse for EA for not supporting.