Real or not, Jesus is the most influencial Human in history! If you deny that you are lying to yourself-

Forums - Politics Discussion - Real or not, Jesus is the most influencial Human in history! If you deny that you are lying to yourself- 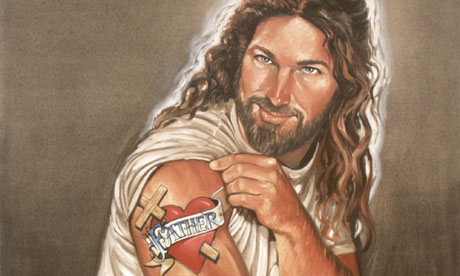 Would there be Catholics or any form of Christianity without this Guy right up there? His might has been felt all over the world. Crusades, Wars, gay rights, abortion, Religion as we have it today, etc. That is just the tip of the iceberg that sunk the Titanic. If it was not for Jesus making his religion more liberal, his religion would still be a horrific nightmare that we saw in the Old Testament.

This has been both good and bad. Bad because we have the Catholic church trying to keep the human race in the dark ages for centuries, but it is also good because we would have all been wild blood thirsty killers by now. No one would want to sacrifice lambs on a regular basis besides Isrealites and everyone else would go on to be Pegans. Eventually either worshipping evil enities or just becoming Athiests when Charles Darwin came along.

I guess second place would go to Karl Marx. China, Russia, North Korea, Cuba, etc. His ideas that were forged by Satan helped destroy the World. So in actuality Satan is the most influencial person in human history behind God, but they are not and were not men, even though in many Christian Religions Jesus is God. Even though he is the Son of god, and at one point, a Holy Spirit Zombie that walked among men.

What the fuck did I just read.

Truth that Catholics do not want you to know about.

I do agree that Jesus is the most influential person in history though.

Is Jesus really more important than Alexander the Great or the most powerful of the Roman Emperors? What about Solomon or Hammurabi? Or is he just more recent, and thus more prominent to our collective consciousness?

I don't know. A lot of people know Jesus, and many people worship him, but what did he really do? If he wasn't here, wouldn't we simply have another god in his place? Who can say?

Damn them and their Titanic-sinking ways.

Yep, indoctrinating sheep since 80 A.D.
Of course without the apostles writing of this alleged individual he wouldn't exist, so they are probably more important.

How about Eve? Had she died during childbirth humanity as we know it wouldn't exist (I'm pretty sure after that snake incident god wouldn't have made Adam a new woman) :D