Alongside the release of the Galaxy S4 and a multitude of accessories this evening, a certain peripheral catches the most attention for all the wrong reasons.

The accessory is powered by dual AAA batteries, incorporates a D-pad and shoulder buttons and connects wireless via Bluetooth to your Samsung smartphone or (small) tablet. Expected to launch this summer, this unnamed gaming accessory is simply a concept device for now. Its launch, however, may not see the light of day - its shocking resemblance to Microsoft's Xbox controller is likely to turn a few heads in Microsoft's legal team.

Our own contributor, Stephen Robinson, weighs in with his thoughts on the stark likeness to Microsoft's offering:

Samsung were previously criticized for directly copying Apple's Smart Cover with it's own 'Smart Case' for the Galaxy Tab 10.1, hastily removing it from sale to avoid further embarrassment. As Samsung is embroils itself in further legal battles following the crushing defeat against Apple back in August, can the Korean company really afford any more claims of illegitimacy?

omg.. its white and it has colored buttons!

LOL. Why do they do this they could have at least changed the buttons.

But no, it looks so much like a 360 controller that consumers are likely to mistake it for a Microsoft product (this wasn't true at all for Samsung phones vs iPhone, people knew which ones were Apple and not Apple). I'd say there's good reason to sue, though I have no idea if it's be successful. 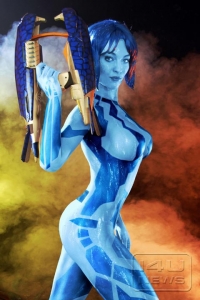 Does the 360 controller have a giant screen on it? No, this is far from being a ripoff.

But there could be this weird thing where Samsung asked Microsoft if they can use parts of this design
And maybe when they asked somehow a chest full of money and jewels changed the owner.


btw the crushing defeat against apple never happened
It was proven the jury was biased and never even attempted to be neutral or take their time to look into the case.
Samsung didn't have to pay crap until now but at the same time they started to charge more for the processors and stuff Samsung is building FOR APPLE.
I like how writers are completely missinformed and spread crap with their articles and people start to believe that stuff.
Same thing i read a few days ago in the paper where Samsung is about to reveal its Galaxy S4 to rival the Iphone 5...Those people who write something like that are complete tools.The S3 is about double as powerful as the Iphone5...They don't need to rival something they already destroyed with the predecessor

The thumbsticks look more like the nub thing on the psp but the buttons and d-pad look like they just lifted them design from a 360 controller.

I don't think they will sell it cause of its strong resemblance, but if they do, then MS will probably sue them.