Hadn't seen this. My reaction; 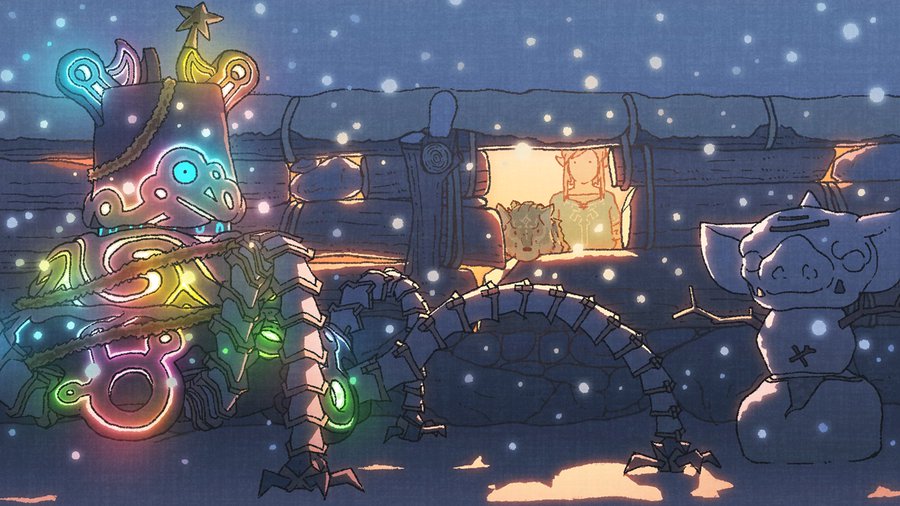 Happy New Year! Here's hoping we get BOTW2 this year! I know it's a long shot, but it's not impossible, it has been almost 3 years already and it isn't like they can't reuse some assets.

Started my 2nd playthrough of BOTW after buying it for my Switch. Doing the half of the map I didn't complete. If only I knew about the difficulty spike there,lol.
Gerudo's desert is the most unforgiving place in the game so far ...

Did you try Death Mountain yet? I had more trouble with that than the desert, to be honest, but the desert was also pretty hard. It feels unforgiving like a desert should. At least it's not so hot that you literally catch on fire if you don't have protection and you can cook food by dropping it on the ground.

From my playthrough on Master Mode the desert becomes ruthlessly hard especially if you do it early on and it's capped off by the most unforgiving boss in the game which I advise anyone on MM to have some decent one handed weapons as two handed gives him time to recover.

So far the desert takes the cake easily. And if Gerudo Highlands are any indication to what's coming in the Hebra Mountains, then it'll be just as though.

I'd take note that throughout my voyage in Gerudo, I had no upgrade whatsoever which meant most enemies killed me in a single shot. Eastern territories from memory have been more forgiving with the enemy tier.

The difficulty progression is Orni, Zora, Goron, Gerudo. But most people play Zora first because an early story objective (Kakariko village) guides them close to that part of the map.

And yes, the game logs story entries in the above order, so the basic difficulty matches that.

I did it in that order, except I did the Rito last.  It did indeed feel way too easy at that point lol.

Another thing that helps guide players to the Zora first is all the Zora in every river in the area yelling at you to go see Sidon.  And if you play like I do (activate tower asap), there is even Zora on top of the tower closest to Sidon pushing me his way lol.