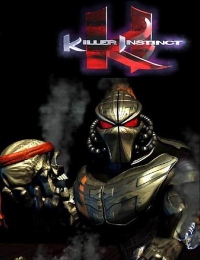 Nintendo sold more than 1 million hardware units over the last week, the company has confirmed to CNET.

Nintendo of America president Reggie Fils-Aime told CNET in a phone interview today that during the last week, its internal data has shown total U.S. hardware sales have reached more than 1.2 million units. That figure includes the Wii U, Wii, 3DS, and DS.

On the portable side, Nintendo sold more than 500,000 hardware units, including 250,000 3DS and 275,000 DS devices. Fils-Aime explained to CNET that the DS outsold the 3DS because of the "significant" deals retailers were offering on Black Friday.

According to Fils-Aime, the 3DS "continues on record-setting pace" selling through more than 6 million units during its first 21 months on store shelves. During the same period, the original DS had about 1 million fewer sales.

The big story, however, is the Wii U, which launched on November 18. Fils-Aime explained to CNET the Wii U's sales figures during the last week were essentially capped by the company's ability to get units to store shelves.

"Wii U is essentially sold out of retail and we are doing our best to continually replenish stock," Fils-Aime said. "Retailers are also doing their best to get the product to store shelves. But as soon as product hits retail, they're selling out immediately."

they should have include the initial shipment number, also nice number for the wii U

More DS's than 3DS, that can't be good

Impressive that the older consoles managed to sell so well thanks to BF deals. DS should overtake PS2 as the best-selling console of all time any day now.