Yeah, I´m waiting for 3D Mario to see if my jaw hits the floor.

And hopefully, no more 'Other M' games.

If you had a early look at maybe down the road they changed it to make it better. He says that he has problems with the ps3. Really lazy developers. Look the Wii U is more powerful then the 360 and ps3. God the its a new systems with new parts, its going to take time to understand the system. I remember how ok the games for 360 were when they launched, they were great but look how much better they look now. The more time developers have with the system the better looking the games will get. Simple as that. The ram of the wii u blows away the 360 and ps3. Its double maybe even more, because I am sure that the 512mb for the 360 is used also for the os. So maybe in the 400mb range or maybe even less. 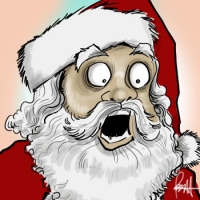 So they are basing this on an "early look" at the CPU? Okay, that is pretty much useless. Next?

Clock speed can become nigh-inconsequential (well, maybe not inconsequential, but still) depending on what enhancements/streamlining the CPU has.

Disappointing, but not really worried, i like many N64 more than some PS360 games, a good game is not made of power

You're right.  As an aside, these were the type of threads that were popular during the "good ole days of 2008".  Some random developer would downplay the Wii, or hype the PS3/360 and youd have a s-storm incoming.  At least that is back...I guess.

Well they're quite clearly a PC developer and even then, Metro despite being a great game, was horribly optimized.

Remember what Epic's Mark Rein said this summer about the Wii U. Here is the quote about Unreal 3 and 4. http://www.nintendolife.com/news/2012/07/unreal_engine_4_ports_possible_on_wii_u

You saw games at the Nintendo press conference again this year - a fantastic demo by our friends at Warner Bros. showing Arkham City running on Wii U. And Aliens: Colonial Marines is coming on Wii U, that's also Unreal. There's, I'm sure, several others. Mass Effect [3] was announced for it as well. So we're certainly playing a role there with Unreal Engine 3.
I'll state that I don't think it's our intention to bring Unreal Engine 4 to Wii U, but Unreal Engine 4 is going to be supremely scalable. We'll run on mobile phones and on a wide variety of things, so if a customer decides they want to port an Unreal Engine 4 game to Wii U, they could. But Unreal Engine 3 is a really good fit for that platform.

I wonder if they´ll secure the next 'Souls' game (sequel to Dark Souls)...if they do, then make sure you play it with the pro controller...don´t wanna go throwing your $150 gamepad at the wall.

Now all we need is john lucas, Avinash, mikeb and others back in here.