I think they will.

When D2 came out legendary were very bad too and then ovetime they became better...

PS : go to auction house and compare legendary weapons with blues and rare...

I remember, plus there was no Elite tier as well, though some Legendaries were seriously OP in the first few versions of D2 *cough* Buriza* cough*

Some rares are way better than Legendaries at their same level, it all depends on the random stats they get. Since the RNG on this game seems to be sometimes completely absurd, you could get a Rare that has insane stats and mods.

I'm looking forward to it as well, but I've already found some annoyances in Hell like the Invulnerable minions mods that aren't even challenging, they're downright broken.

Fought a pack of Scavangers inside a tight cave that had Mortar, Vortex and Invu Minions... how the fuck is anyone supposed to beat that? You can't snare them because Invu minions are immune to that as well, you can't outrun them because scavangers are faster than you, the leader always stays in mid pack while the invu minions absorb all damage. There seems to be a lot of commotion over at bnet over this mod as well. 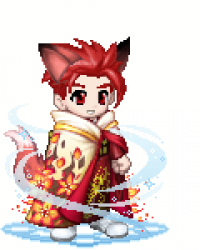 You have put it in excellent way. World of Diablo :D 5000 points for You

Finished Hell with my Demon Hunter last night. I honestly thought that it was too easy, certainly a lot easier than Diablo II.

The Act bosses are a joke, regardless of what class you play, from what I hear.

I was planning on skipping this for a while and seeing how the whole "always online" thing played out. But temptation coupled with pester power from my son made me cave in.

Game is pretty good I think but the way single player is handled is just plain ridiculous. First "always online" game I've bought for SP and probably the last. This approach is just draconian and too customer unfriendly to be supported. If it was like Steam that likes you to be online but can handle you being offline too and happily sync the next time you go online - and doesn't collapse if you go offline during game-play (of SP titles) then I'd have no issues.

Sadly the sales though are clearly going to signal that (as with titles like CoD) if the brand and demand is big enough the publisher can get away with more or less what they want.

Finished Hell yesterday on my Wizard.
I actually had a lot of issues on Nightmare Diablo and then I switched my itemization and Hell Diablo was cake.
I finally got my first legendary drop a couple hours after beating hell...
I'm running around with 29k hp, 8.5k dps and 40-45% resists right now and Hell is becoming easier ( I went resists/armor over dps as I use a shield over a Wizard source).
Right now I am gathering the materials for the Staff of Herding and I am planning to visit Wimsyshire on Hell difficulty..

You know that the price of Hell Staff is pretty steep? I've been upgrading it since normal and it costed me 200K on Nightmare and now 500K on Hell. The items are worth it though, especially with the Nephalem's Valor buff at level 60. Getting some good Inferno gear.

I'm getting close to finishing Hell with a second character, a Barbarian. Level 56 with decent gear. My armor class is unimpressive and my resistance practically non-existant but I'm still plowing through Hell mode with great ease and still mostly dying from cheap shots post-mortem abilities like Molten mobs exploding or a bunch of Arcane enchanted mobs leaving orbs that kill me while I finish off the pack.

I read a statement from Blizzard saying that they were currently going through the Inferno mode, nerfing a couple of skills and were fixing a couple of other balancing issues. All in all, I'm close to having two characters at max level and both in Inferno mode after two weeks of playing, that's just incredible compared to Diablo II, I never even once got a single character to max level since Dying actually had consequences and even regular mobs presented a challenge and you couldn't good gear off of the auction house.

I like the game, there's no doubt about that, otherwise I would never spend so many hours playing it, but it is way too simple as it is and when I called bullshit on Blizzard's infamous "we tweaked the difficulty until the testers said stop and then doubled it" and it seems I was absolutely spot on (or Blizzard have shitty testers).

I still think the overall skill system is a mistake, my character wastes two stat points every level that I could have poured into my primary stats and the fatc that everyone can do everything completely removes the incentive for starting another character of the same class that you've already played, this is one of the key factors that made Diablo II so endless. Titan Quest also had this pegged with their brilliant skill and stat system.

One more thing; the items. Not the fact that Rare's and even Magic are better than Legendary but the items themselves and theor nonsensical stats at times. Bows with only massive Intelligence boosts, Witch Doctor daggers or Mojo's with massive Dexterity boosts and generally items with one terrific feature and several shitty ones, being pawned off for insane prices at the auction house (that sometimes stops functioning).

I only need the gem from the cave in ACt 3 and I can craft my staff.

I will have to farm some cash to upgrade it but with my luck I figure it's going to take 30 runs to get the last component and that will provide most of the cash I need....

I did more checks on legendary items and the truth is only the weapons are bad, the other slots actually have some pretty decent legendary ( no rare is going to ever come close from the Occulus or the stormshield...)