Am I the only one incredibly impressed with Twilight Princess' sales? It just re-entered the charts in its 277th week. It's the third oldest charting title, the only older are New Super Mario Bros. DS and Mario Kart DS.

The bloody game has been selling more and more in USA every year since 2009 now.

Selling more in your 7th year on the market than you did in your 4th and 5th (and possibly 6th) is just ridiculously good, and virtually unheard of. Can you name a single console game that has done that? I can't!

Worldwide, it's passed 8 million, and slowly heading on to 8.5 million now. This game has had a longevity most games could never dare dream of. It's not bundled, it's not advertised, yet somehow it pulls of great numbers year after year.

People who don’t like M+ are really not open to new things. SS opened up a whole new world with possibilities not possible with traditional controls. The bosses were amazing! I was surprised when the tentacles of the squid boss attacked me. It was the first time ever that I had to fight off something like that and I had to swing left and right fast so they wouldn’t get through.

TP is a very good game but too easy for my taste. SS had a great difficulty level and if you are bad with the sword then you won’t go past some of the more advanced enemies.

it is sad, i really love skyward

Wow, I just disagree with most people on this thread that SS is better than TP or that it's the best Zelda. I thought it was way too short, and I thought there was WAY too much padding.

I think for a game that was lauded as taking five years to make, there is precious little to show for it. It's filled with padding. Revisiting the same areas three or four times with slight changes in layout, fetch quests, and those horrible tear-collecting segments. Also, they re-use the same enemies over and over again. My list of grievances for SS far outweighs my list of positives. I never thought I'd say this...but Twilight Princess is no longer the worst game in the series.

Completely agree. The bolded is what makes me believe that they actually didn't improve close to anything, but just wanted to make sure something great released at all before christmas 2011. 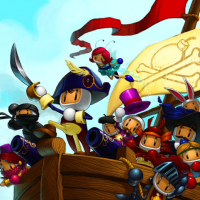