Forums - General Discussion - What is your perception of India?

that comes from class based soceity

india has this thing for fair skin and in bollywood north indian people are shown.

Call center experts no matter what background(academic and professional)!!

Ever wondered how a tiny island "ruled" over 1Bn Indians? India was complicit. They replaced their maharajas with the most powerful maharaja there was. Queen Victoria.

Truth is, the British were the best thing to ever happen to India. Same goes for Singapore, Hong Kong, Australia, NZ and the US.

India messed up when they thought having 1000s using old technology instead of 10 using modern tech was good for employement. They rejected freedom and empire instead of just empire.

Nobody, and I mean nobody, suffered more under the rule of the empire than the Brits themselves. Indians were treated no worse than some Britons were.

India hated all aspects of Empire. Even the Brits appreciated the roads that the Roman's built. Instead of digging up the roads and railways, India decided to keep all the good stuff and rip up individual liberty instead. That's why they aren't nor ever will be a 1Bn version of Hong Kong, Singapore, Oz, US.

Not to worry, the youkay is no better. For some reason our politicians think we should be following the Soviets instead of following the system that turned 13 colonies into a hyperpower and turned a wet, craggy, little island into the biggest and best empire the world had ever seen.

india didn't have a billion people back then,only 400m in 1940's and far less 200 years before when british conquered

India was never a single country,it was like europe,multi-cultural so divided and ruled. 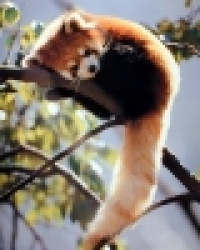 I'm from China, and I like India.
I support India to have a permanent seat in the UN, as 1.2 billion people should have their own voice on the world stage.
The five permanent members of the Security Council should be consisted of US, EU,CHINA, RUSSIA and INDIA.

What I like about India:
1. the multiculture society
2. the culture
3. the history
4. Indian movies

What I don't like about India:
1. Caste system
2. Speak English (Rise up and speak your native language!)

they love to sing at the end of their movies

I like their pronunciation of English words and all in all they are very friendly. well at leas the people I've met

I pity their poverty. I also dislike the lack of true social mobility amongst the different socioeconomic groups. I support them over Pakistan though.

A lot of Indians were complicit with the British...

No way they could have simply ruled over such a large state.

Wait, British rule was the best thing that ever happened to the Australian Aborigines? What are you on?

I know I'm not supposed to bring threads back to life but this is something really important.

A minister in a state in India called Punjab has been sentenced to jail for 5 years for forcing abortion on her daughter leading the daughter to suicide and husband's whereabouts are unknown. Some reports say the minster burned her daughter alive. Despite that being the worst crime possible in India as soon as she came to jail the police officer's had touched her feet (a sign of respect). Now here comes the worst part...

The minister has all the following in her jail cell:
LCD TV (With Dish included)
Use of cell phone
Walls repainted
3 meals a day (her choice)
Unlimited guests to arrive on Sunday
Some rumors say that she gets to go on daily walks + a temple made for her...

This is what a corrupt politician gets for killing her own daughter and her unborn grandchild.