You guys have to read the titles above each of the charts. I have many so you can get a clear picture of what is going on. There is world, America, and maybe even U.K.

But I think even with Christmas sales Adele should win. Lock

I am so unbelievably happy that Gaga wasn't #1. BTW sucked beyond compare (I hated her even with Fame/Monster, but I at least knew it was catchy).

Not sure what all comes out next year, really. I'm looking forward to a few new albums, but nothing that will likely chart more than a few times on the Billboard 200.

big artists sell lots of albums, therefore Adele succeeded as an artist with her latest album, and while Gaga still succeeded (of course) the album did below her 1st album

Michael Jackson and Ketty Perry have the record for most number ones from a sinlge album, that doesn't mean Ketty Perry is as huge as Michael, for god's sake, Michael had huge album sales, people prefer to buy the album instead of the single

if people got Adeles album, it means they want to hear to more than 1 or 2 songs from the album

Your united world chart year-to-date totals are completely out of date and wrong.

Really? Alright then I will take that off. Thanks for pointing that out. It seemed recent when I made it.

Adele has sold 12+ million WW according to her record label and Lady Gaga has sold (2 million in U.S. - got its double platnuim last month) 8+ million WW according to interscope in November. They are the two top selling artist of the year, but when you add all the single sales, Lady Gaga remains the most downloaded artist of the year along with Rihanna not sure who comes on top since the numbers have not been released for this month but it looks like Rihanna will come out on top as the most downloaded of the year.

As for quality and what I am willing to play in the club,

The best album this year in my opinion are Mylo Xyloto by Coldplay and Ceremonials by Florence and the Machine.

In other categories: Watch the Throne for best Rap and Born this Way for best dance.

Best song - Adele's Someone Like You, best dance song On the Floor by J.Lo

Most annoying songs - Rolling in the Deep by Adele, E.T by Katy Perry, and both LMFAO big hits

I love buying VHS tapes, and another thing that I like is Vinyl! The newer stuff is great on a record player, and I like to get folk and old movie soundtracks!

Who would have thought that it could come back? 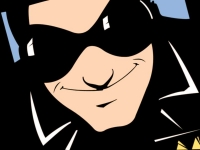 For 2012 i think Adele will keep on the top, and the awards like Brit and Grammy will give she a big boost. I'm not gonna be surprised if 21 sold 21 millions copies.

As for this year I found some interesting and good albums. I bought 3 that appear on the UWC Year End Chart, Avril Lavigne Goodbye Lullaby, Coldplay Mylo Xyloto, Foo Fighters Wasting Light, and Evanescence album too (but evanescence didn't make top 40 YEC).

what did you think of the Coldplay album? i have enjoyed some of their past songs.