Yes! It will shut her up too! Two birds with one stone! 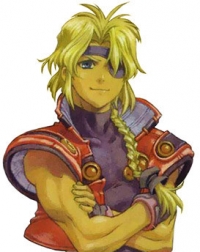 Well you can't really expect a Friday arrival, the game won't be dispatched and delivered the next day right off. Usually what happens is that the game gets dispatched on Tuesday or Wednesday and gets to customers by Friday.

But game has loss insurance credit rating with publishers so they got stock late or haven't got it al all (same with gamestation). I ordered from shopto.net and got the game 2 days early this morning,

Shit. I've checked forums and Game / Gamestation users have had dispatch emails trickling through, will probably arrive on the release day or a day late, that is if they dispatch the game early tomorrow morning.

I saw this comment and had to say +1 to me as well!

The music of the game is very different for a Final Fantasy game, but it's also quite good. I'm not really sure what some of the reviewers has problems with.

Also if I must say so: Caius is a fucking bad ass.

Yeah so far im about 6 hours in and i like most of the music although there was one particular that i didnt like (The one from the 2nd boss fight pretty much at the end of the 1st episode).

I'm a big fan of the 'story so far' bits. I like when games can show a quick tid-bit reminding of what just happened. It helps that it's during a loading screen.

but here's what it is thus far.

So far,
I think the graphics, in many aspects are better. the framerate and hair is worse. But overall the sacrifice of hair is okay with me.
The grass on the ground looks way better. The environments look more like actual environments. The animations and weather effects are neat.

The story is enjoyable. Not a classic story or anything atleast thus far, But, enjoyable. I've found the character interaction to be really fun, and the ability to say ridiculous things is quite funny. I like serah a lot, Mog reminds me of my dog, and Noel, i'm not sure of, but doesn't grate me like Snow or Hope did.

A couple issues. I thought FF12, and FF13 was atleast a little difficult. So far this seems easier like 9,10,10-2 where those took 15 hours to die once. Though 13 achieved this difficulty by game over after leader dies, and locked crystarium. I've thought the music was Consistently Great in FFXIII. The best music here thus far, seems to be higher than the best music in FFXIII. But every once in a while you here a song, and it's just strange.