Opinion: Why PlayStation 3 Will Outsell Xbox 360

It's all about the numbers.

Xbox 360 launched a year earlier than PlayStation 3. It has sold 57.6 million units worldwide according to Microsoft's most recently released numbers. PlayStation 3 is 2.1 million units behind Xbox 360 in units sold, but it's also been on the market for a year less time than its primary competition.

Xbox 360 is certainly outselling PlayStation 3 in North America, but Europe is a Sony stronghold, and Xbox 360 support in Japan is essentially non-existent. When you take worldwide sales as a whole into account, PlayStation 3 is on a clear trajectory to ultimately overtake Xbox 360 in sales, possibly as soon as next year. 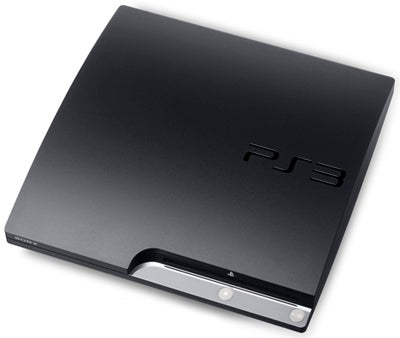 Underestimated.
This isn't an article designed to incite the passions of fanboys and loyalists (though it most certainly will). Rather, this article's goal is to simply point out an oft-overlooked fact about the sales parity between the two HD twins.

There are a number of opinions on why the gap is rapidly closing. PlayStation 3 has many more exclusive games than Xbox 360 and a free online service. One could easily use the old fallback that Xbox 360's insanely high failure rate earlier in its lifecycle contributed to more consoles being sold. But frankly, that's all conjecture.

The only fact is that you can't ignore the numbers.


Colin Moriarty is an editor of IGN PlayStation. You can find him on Twitter.

basically... the guy can add up and has wrapped an entire, rather pointless, article around a sum.

Thanks for the link, and you make a lot of good points, with the 360 having a full year head start the PS3 is doing well to be so close. It is however nowhere near the level of PS and PS2.

One of the guys in te video mentioned the $600 launch price, and he was right. I think if it had come out at a beter price, it could have another 5-10 million units sold. Not that Sony lost these sales beacuse of the price, but as a result of lost momentum over the last 5 years as a result of a slow start.

The gap's been "rapidly" closing for years now :)

wasnt 360 10 million ahead at one time? either way its mighty impressive theres no way microsoft or nintendo could have launched at 599 and compete, just thinking back what could have been if ps3 launched at 299 sony lost it this gen due to price.

No, nowhere near 10m ahead. Remeber this is talking shipments, probably 5 or 6m max in shipments.  I think VGC had it 8m ahead in sales at one point prior to some adjustments.

and your "if" has zero chance of happening.

I think lifetime sales for PS3 will be around 100 million. 15 million this year, another 15 million next fiscal year with a pricecut sub 200 euros. And then sell for another 3-4 years with PS4 on the market.

Yep, exactly. They wouldve been the next Sega, only Sony couldve pulled it off and they have.

Agreed the gaps always been closing NA will always be a Microsoft stronghold their brand loyalty is strong and doesn't look to be slowing that much at all, as for the rest of the world Microsoft generally don't have the reputation that Sony hold, the lack of Xbox live support for some countrys in europe didn't help there cause either.

The PS3 was never going to sell as well as the PS2 especially with the Wii launching to a good reception and dominating the market early on. I would say they will pull ahead this time next year assuming there is no price cuts to current models or either console if one were to lower the price i would say the other would follow suit very quickly