Just out of curiosity, what else is included in Sony's G&NS segment? I always figured the "Network Services" part just referred to PSN, PS Now and similar, which I'd consider gaming, but then of course, I just assumed so, I don't really know.

Sony has shifted thier games department around a lot over the years.  It wasn't until maybe a year or two ago that they moved into a wholly seperate division.  Before then, it had always included otehr products and services.

What was the point of having the chart go all the way back to 1981, if Sony and MS didn't even having real gaming divisions until 95 and 2001, respectively? Although, MS did have some Windows games before that, and Sony used to have Sony Imagesoft, which mainly made NES and SNES games.

Nah mate, game had it's wholly separate segment from it's inception til the end of Fiscal Year 2008. It was then included in a segment called "Consumer Products & Devices" for Fiscal Years 2009-2011, before it got it's own division again in 2012 (and we also got results from the game segment for FY2011), which, at the start of Fiscal Year 2014 was renamed "Game & Network Services". I'm guessing what he means is that "Game & Network Services" includes something else than just Playstation, I'm just not sure what else that is. 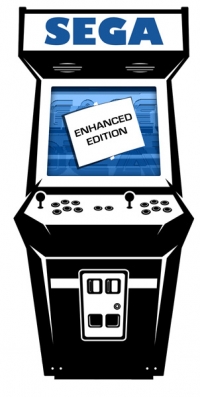 MSFT fiscal year ends in June. I know since I used to work there, but it is stated here too: http://www.microsoft.com/investor/InvestorServices/FAQ/default.aspx

But to everyone commenting on the accuracy of the graphs: yes, they are pretty accurate. No, they are not directly comparable for gaming profitibility.

Nintendo's numbers are pretty much spot on (although inflation over so many years is killer), but Sony's numbers aren't PlayStation specific until recently. They are of the whole division PS belongs to. So yes, the losses/gains probabily indicate losses/gains for PS during those years, the actual amounts could differ greatly since other departments could be bouying/weighing down PS. MSFT is the same Sony, but even their new numbers aren't Xbox specific.

Things we CAN take from this chart: Nintendo made buckets of money, Sony and MSFT aren't hemorraging money lately. Each is a win.

Didnt notice and holy hell... just looked at the numbers again... yep... nintendo is swimming in $.

Consumer Products & Devices was the name of their TV, Audio & Video, Digital Imaging, Chemical & Energy, Electronic Devices and Semiconductor businesses segment back in 2009. Sony caused a lot of confusion over the years with the similarity of the names for many divisions.

A briefing on the Game division changes over the years according to their Investor Relations archives.

Prior to FY '96, (granted that's not many years), the Game division was part of the electronics division.  Specifically, it was labeled as "other" in that division.

The Network Products and Services segment in FY 2008 - 2009 included the Games division and PC & other network services.

It was part of the Game and Network Services segment starting in FY 2013.

Between FY 2012 and 2013, certain network segments (they don't say specifically what though) were listed under "All Other".  For FY 2014 and 2015, those network segments are included in the Games division.

Certainly not as much maneuvering of the Games division as MS has done over the years but it's definitely been hopped around a bit.