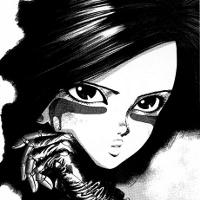 So, I hope Capcom will release his game outside Japan ^_^

Thanks for the trailers.

I cannot believe that they are already so far into this game!

Wow so it's got all of Portable 3rd's monsters as well as some new ones? That means we don't need Portable 3rd to be released in the West anymore. Just release this game. =D Plus this is the best looking Monster Hunter that has been shown so far, the level of detail on the monsters is great.

wow this vid really shows off the touch screen features in this game. The fact that you could place any hud, anywhere on the screen is great. That virtual camera pad would replace the second anolog sitck very nicely. You can even resize it=)

I'm seeing a lot of monsters I don't recognise (I've only played MH3), is this seriously going to have all of MHP3rd's Monsters as well?

My that touch screen does seem incredibly intuitive

Why hackers?, The game is actually coming to the west next autumn.

Don't trust ONM's estimates, they will almost certainly have almost no more info that you or I do.  On their previews, the release date they put is just an educated guess.  They probably just thought 'the gap between MH3's Japanese and European launch was about 9 months, MH3G will probably be about the same.  Let's go on the safe side and put a potential U.K release as Autumn 2012'.  They actually have a fairly good track record, but I don't think it is due to inside knowledge.

I remember when in a preview of Tales of Graces, they put Summer 2010 as the date and many people actually took it as confirmation the game was coming to Europe, there have been several other occasions as well.