Forums - Sony Discussion - It's official. Valkyria Chronicles 3 is not coming to US and Europe

The blame can be placed squarely on Nintendo. 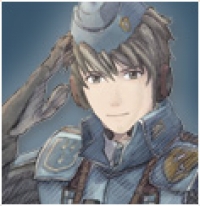 The sad, yet expected conclusion to this story. We will be pointing at the VC series as a perfect example of how a company can kill its own IP before ever letting it spread its wings.


My friend is an idiot. He kept playing Tetris because I told him there was an endboss.

I have a feeling Yakuza is more succesful than VC in the west. Yakuza doesn't have tha english VA but  subtitles only unlike VC which has a great VA and I have a feeling VC is kinda overtracked in here IMHO.

Anyway,  I agree they alienate their fanbase by releasing it on the PSP.  Stupid Sega, they also haven't localize Shining hearts but I can't hate them totally because of Yakuza series.

Well of course they aren't going to localise in the west for PSP silly. They're gonna do a HD upgrade and do a worldwide release of VC2 and 3 on one disc for PS3.

If I say it enough times it WILL come true.

Well thats more than a little dissapointing. can't say i didnt expect it, but i still had a little inkling of hope that they would release it in english.

Don't see why they would have moved it to the PSP in the first place. I know they wanted to reduce production costs, but they already put so much money into developing the new engine for the first game, and since that's now complete a new one for the PS3 would have cost far less anyway and would have retained their market in the Americas. Well, they've blown it now, and all i can hope for is that III gets released on Vita in english, though i doubt anything that wonderful would happen.

hopin for a VC 2 & 3 HD collection for PS3...they would definatly cash in on that...i know alot of people who bought VC1 would buy this (like me)...

some people should adjust this to Sega...

i just wrote that i was hoping for that without reading your post...so you said "theyre gonna" so is it confirmed or what?please dont disappoint me...