Forums - Gaming Discussion - What is the Scariest Game You Have Played This Gen? 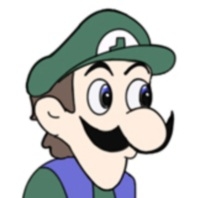 Minecraft. Those bloody creepers have made my heart stop more than all horror games I've played put together.

Hmmmmmm actually scary games are some of my absolute favorite titles

For scary atmostphere I think Alan Wake takes it by miles, they build the atmosphere incredibly in that game.

And I can't think really of too many other titles that were truely scary. The Condemned games were at times pretty freaky, and even Silent Hill Homecoming had its moments even though it wasn't that great of a game. There were however several titles that were never meant to be a "horror" game that freaked me out at times though lol

Dead Space scared the crap out of me when I first played it.

But Alan Wake is a close second because the atmosphere was creepy as hell.

Condemned...so far...I just got Amnesia:Dark Descent for PC (the game in AdventWolf´s post) and will soon start playing it.Based on what people who played the game say, it should be the scariest game around!

probably dead space,just like some people have already mentioned.

I guess Cursed mountain had some wierd moments!