"intelligenter"?
I rest my case.

Rol is getting old. By the way, what is your age?

I take it you didn't get the joke? 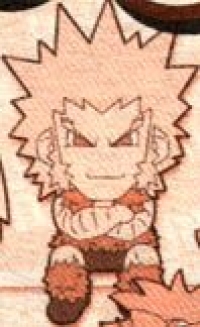 I think that is somewhat true that a lot of Nintendo fans is older. I have always had a Nintendo console starting from the original NES. Ask grandma about video games and she will remember Nintendo.

Yeah. This is why the Wii sales is less than Xbox360 and PS3 combined. Nintendo has to wait for the used parts to make the Wii.

intelligenter! really Rol? your making up words now. it makes no since. are you really out of ideas and this is the best you can do! disappointment starts to set in.

i dare you to put intelligenter in a sentence.

1. We don't pick unnecessary fights: yea its way to late in the gen (much like my threads on E3 for 2011)to be talking about this considering those debates are dead on this site until the fall season comes and MS and Nintendo fans start those pointless sales battles to get the Sony fans all pissed off so there is a jump off point and its not started by Sony fans.

2. We are content with the number of game releases by our favorite company: as a Sony and PC fan i'm content but if Nintendo could disappoint me as a Nintendo fan any more i know they would.

so Nintendo fans don't buy there consoles for games? and its a bad thing to want more games?
and its better to go through near a full yr drought without expecting a new game cause my 1 yr old Nintendo game is just to boring to play cause its been play'd to death.

if that's wht i have to continue to look forward to then i'll need to give you both my gamer card and my Nintendo legends card and find new someplace else.


3. We don't buy into PR: i must not be that big a Sony fan then as i have no idea wht that means. Vita v 3DS.
multi media v multi media. hmm they seem the same to me i guess i don't get wht your saying here.


4. We don't believe in game gods: srry life began with the big bang.


5? hell maybe your right but all fanboys play a role in the delusions that you just named. intelligenter? i know i missed something but i have no idea wht it is?

so spare me and tell me the twist in this tell that i obviously missed?

And where do Microsoft fans fit in all of this?