Would have thought for sure that this would have been quietly cancelled. 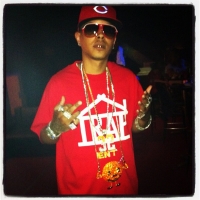 Banner Saga still coming to the Vita? Its been a long time since i heard something new...

You know, surprisingly the vita already has a good list of announced games for western release in 2017.

If Ys VIII, Toukiden 2 and Valkyria get localized, then we pretty much have most of the stuff from japan (except for Nights Azure 2 which I refuse to acknowledge its existence after the first game performance on vita and some VNs).

Valkyria was already confirmed for localization, though digital only.

And Ys Origin was the best thing out of PSX for me. Well, along with Yakuza. I love Gio!

Yeah, it's gonna be another great year.  Btw Valkyria is already confirmed for localization and Toukiden 2 all but confirmed thanks to the ratings leak.

There's a few claring omissions for me - Coven & Labyrinth of Refrain; Hero Must Die; Net High; Saga Scarlet Grace; Uppers & Utawarerumono, but still.  We're also missing a few VN's I'd hoped for (Chaos Head/Child; Eve Burst Error R; Yu-No) but hopefully some of those will come through (there was a retailer listing for Chaos;Child at least!)

*I wish I could add animated gifs as ProfilePic here in VGchartxz -.-*

How could I have forgotten about Valkyria localization O_O. The vita demo should be out tomorrow !

Yeah, the omissions are there because I think these games are a lost cause at this point (maybe we'll get coven or Saga but I doubt it)