I meant more along the lines of the soccer moms, dads, etc, the ones who would be put off by a proper gaming controller. You know, the audience the Wii captured, not the casual gamer that buys 1 COD or Fifa game a year.

I had a PS2 last gen and I know that it has a great deal of casual stuff for the casual gamer, but I don't think the PS2 captured the same audience as the Wii.

As strange as it may look, the most sensible answer was Pachter's one. 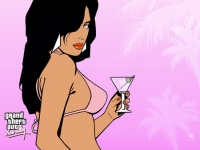 the wisest of people are also usually very quiet, reserved and dull.

I agree, I wouldn't take advice off a 'non-expert' either, but to me this is pretty basic - and I have made a return on the stock market before :)

To each his own.

Microsoft didn't manage to crush Sony this gen, where they've made so many and grave mistakes, so what makes these guys think Microsoft will crush them next gen? Could it be bias? Hmmm, smells like it is!

I feel like a latter day Cassandra in saying this. The next generation of consoles will be a repetition of this generation of consoles. The victors may change, but the story will basically remain the same. Nintendo is going to focus on novelty for the simple reason that it is what fits their business model. Microsoft is going to go right to the high end hardware, and Sony is going to be forced to follow suit. Really it doesn't matter what Sony says today it is what they actually do a year from now.

To understand the future you must first understand the past. Console wars follow formulas, and manufacturers basically follow their instincts. They are locked into mindsets that govern how they will act. That isn't to say it is a bad philosophy. We all follow the same philosophy in our lives. When we find something that has worked we will reuse that thing over and over again. Even after it has stopped working we will continue to follow the steps thinking that success will repeat again at some point in the future. Even if we acknowledge the problem. Instead of scrapping the idea we will most often choose to modify it. Thinking that the idea isn't necessarily wrong, but the failure lies in the execution.

Look at Nintendo they are a prime example in this. Nintendo has always been a peripheral minded company. They always incorporate gadgets into their strategy. It is easy to see why there is a lot of bread to be had there. In spite of the fact that they have more failures then successes. They still came out with a motion control system for their new console. This is how they think, and they simply refuse to deviate. Given the epic failures most of you would have made the argument eight years ago that Nintendo would have abandoned that strategy.

For Sony it is about being the best period. They think solely in terms of power. You win by having the best hardware, the best software, the biggest library, and eating losses to be competitive on the price front. They make their bread in the tail end of the generation. After they have crushed the competition. Their strategy is rapid dominance, and it isn't as if this hasn't worked for them in the past. Ask Sega if the strategy didn't work . Sony in the end is going to find fault with the implementation, and not with the underlying concept. Sony believes in rapid dominance, and the division that runs gaming is only built for that strategy. Sony needs to feed the beast.

Microsoft has a simple strategy, and they haven't waivered. More power followed by a lot of grunts. Anything that you are going to do they are going to do better. They saw what Sony did, and they did it better. They built a machine that is simply overpowered. The machine basically tore itself apart. They were happy to loss lead, and they were more then happy to go at Sony title for title. Further more Microsoft isn't too proud to outright steal best practices from their other rival Nintendo. They saw the controller, and said we could do better. Honestly nothing is more casual then the Kinect.

This is what is going to happen. Nintendo can afford to splurge a bit more on high end hardware, but probably will still come in under cost. Microsoft is going to bring another pet monster to the game. Sony seeing the monster will forget this scaled back notion, and try to match Microsoft. Everyone is excited for the next scaled back Playstation. Frankly I do not get why someone who was happy to spend six hundred dollars for the supposed best would settle for spending less for the second best. That just rings as blasphemy to me.

The PS4 is probably going to be close to Next Box. Which is likely to be ungodly powerful for a console. They are most likely to have about the same number of exclusives for that matter. At the rate Microsoft is building studios that is very easy to see happening, and Nintendo is going to try another gimmick. I give them about a 50/50 shot of it being a hit or miss. In other words nothing said right now will change the fact that the strategy is going to repeat next generation.

PS3 woulda been the "core" gamer system for games like COD and the like if it had a better GPU (And thustly better graphics). They made a huge mistake by going with a non-unified shader architecture. If PS3 and 360 had equal GPU's, the PS3 would be the best for multiplatform games for even lazy developers who don't wanna use teh Cell. I hope they go to AMD cards for PS4.

What a retarded comment. This guy obviously knows bugger all about technology.

Don't. This piece makes you exaggarate and imagine things. See my posts.

They seem to imply Sony are going to produce an outdated piece of crap.

They said they wouldn't invest as much as they did with PS3 but that's easy because they spent a fortune on that, they could spend much less and still have a powerful machine. They just need to use more common components or upgrade the ones they have now instead of creating everything from scratch.