Forums - Nintendo Discussion - Industry to Nintendo, "We finally got you."

Industry to Nintendo, "We finally got you."

Unless you have been living under a cosmic-sized rock, the Wii is dead, the 3DS is underperforming, and the Playstation family is stronger than ever* (*during the course of this gen). Finding themselves in a position where few options are available, Nintendo has found themselves between a rock and a hard place...presumably the same rock where the non-sales informed reside.

This issue may be attributed to Nintendo's chase of power and the appeasement of 3rd parties. One specific leak mentioned that Nintendo was literally kissing asses to spur up support for this next successor console. The 3DS itself is a powerhouse that has not launched with killer app handheld content, in order to give 3rd parties a chance.

Mike Pachter, Wii HD Champion, has now declared the Wii2 is a stupid idea and it is too late. Nintendo took too long to jump into the HD race and 3rd parties will not hop along in favor of continual PS3/360 support. Add to that, they are only providing W2 with ports at the moment and will leave it behind once the stronger PS4/720 release; this gen all over again.

It isn't like he is making this up. For the 3DS, 3rd parties noticed the unusually tepid launch of the handheld and have all seemed to "delay their titles for quality control". Hearing that from Ubisoft and Square Enix is laughable. I am of the opinion that these games are being held off for NGP's release, leaving ol' Ninty with no true exclusive content for the forseeable future.

Apple has been considered a formidable threat to the gaming industry with their $0.99 plus games and overall casual format. Last year, developers industry-wide came to a consensus that this was true and acted accordingly to defend against it, whether it was finding more avenues for revenue, or with cooperation with iPhone games. Now, in Iwata's past keynote, he explained that Nintendo is doing something to combat such a threat yet he was met with considerable criticism. David Jaffe said Iwata was arrogant and out of touch, and that you cannot put a price on gaming...

The only hope I see for Nintendo lies in two things: Christmas 2011 and Shigeru Miyamoto.

The future of the 3DS relies heavily on what numbers it will manage during this holiday. I give it the benefit of the doubt right now because Q2-Q3 are usually slow in terms of HW sales but Black Friday and Christmas will be the true tests. Nintendo cannot afford to hold anything back at this point; marketshare is key.

Good ol' Shiggy. What he says goes, so Nintendo, once again probably on their lonesome, must release the proper software to get momentum back. Miyamoto needs to get his head on straight and fill games with content that is accessible to consumers and conducive to continually expanding gaming. Anymore Pikmin debacles and Nintendo is in for a world of hurt.

Gaming is shifting, but will Nintendo spearhead the movement, or once again be beheaded?

A nice read, but I wouldn't be worried about Nintendo.

They may be in 3rd place ATM, but the system is the most successful OF ALL TIME for Nintendo, and I believe still tracking above the PS2 LT. A price cut and compelling SW will put them firmly back in 1st place.

Also, I doubt these games are being delayed for NGP. I really, really find that hard to believe...

They've had a good run this gen and are bloated with cash, there's really nothing to worry about in the imminent future.

It also did 6.08 million that quarter.  Now keep in mind these were production shipments, but that was also right after the holiday where they had severe shortages, and the release of San Andreas.

Now once again, these are production numbers which is why it doesn't spike as much in Q4 like retail shipments do. 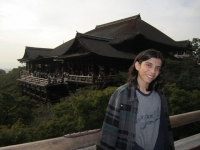 sony is stronger than ever >...> good joke man good joke,

maybe sony is on good shape, but stronger than ever XD you forgot the ps2 days so soon, it is true that nintendo is having problems, but they have a lot of money now, and the console even without third party support is giving them more money, so nothing to worry now.

Very good reasoning. I was afraid that this was going to happen to them. They are in this position because if they want a very powerful console, they will diverge from their accessible price console, but if they don't make a very powerful console, then they will not get support either. They will continue to support their console by their own, but what you say about NoA is true. I belive that the end could be near if Reggie maintains his position.

Stop clinging onto this 'Pacing ahead of PS2' it means little to nothing. Wii is now declining and it wont have the same legs as PS2, not even close.

Nintendo don't agree with you, they've forecast 13 mill this coming FY, and they're usually optimistic. 360 could ship less than that, PS3 will not ship less than 13 mill.

Also, I dunno why you find it hard to believe those devs are holding off for a NGP release as well, they've seen 3DS isn't striving, obvious business sense to launch this xmas on two platforms ....

NOA is "in crisis mode"?

You guys crack me up. Seriously.

Just out of interest, exactly what games are we talking about when referencing a 'delay to hold out for the NGP', because I've heard precisely zero in recent weeks.

Transitional periods are always rough. If Wii is "dying," then GameCube was already a worm-eaten corpse by the dawn of 2006, let alone the eleven months Nintendo had to keep that corpse at least partially palatable, and the case was very similar in 2001 with the N64

Plus it must be stated that just because Nintendo's making a more powerful device doesn't mean it won't be price-competitive, the swing of technology over time means that they can handily launch something that both meets the power-hungry 3rd parties' demands and is still cost-effective and still outpaces the PS3/360 by a solid margin. That's not a shift in focus, it's a matter of tech

Nintendo's strategy right now seems to be very similar to that of their strategy in the SNES era, which while bashed as some by an era of decline by certain elements hereabouts, also saw the strongest software support (both first and third party) from any Nintendo console ever

The bigger question is how Nintendo's internal studios will pick up the slack. What sort of games are they cooking up and how (or will) they make the consoles shine?