Can you guess which one is real?

The Unacanny Valley - What is it? How is it? Where does it come from? All questions that I'm sure many will ask in here.

I've done this study several times now and with 3.0, I'll introduce VGC to new elements and causes of The Uncanny Valley.

With a recent article being published on this very subject, the author tackles some intriguing branches regarding "The Valley"...

"Human beings are the most intelligent species on the planet.  We see proof of this everyday in our creation, and our destruction.  Humans have done both great and terrible things, but all the same, it is the product that no other creature on the planet emulates.  Of course, this isn’t about the rights and wrongs of humanity, that’s a completely different subject for a completely different website.  This is about things that are more important.  Like video games.

Despite humans and animals being very different, we are also very much the same.  I’m sure most of you are aware, even humans have instincts.  These instincts are actually so deeply written into our core that it might surprise you to find out how much of the way we act on a daily basis can be attributed to the inner workings of a very animalistic brain. With that said, it shouldn’t come as a surprise to you that a quality humans share with most animals is their ability of recognition.  We’re so in tune with the facial expressions that a person can make that we’re very capable of spotting something that isn’t right.  This is part of why when we watch a movie with CGI, we can tell its CGI, or when we see a character in a game, we know they are just a graphical image.  You’d be correct to say that it is also due in part to the quality of graphics.  That is true, but even if we came to a point, where graphics became so good that the models do look pretty darn human, there is still a good chance that we’d be able to tell the difference anyways, and that is where things start to get messy.

By now, you’re probably wondering what this all has to do with video games.  Well, if you’ve kept reading up to this point, you’re in luck.  Video games started out in a very simple way (at least compared to modern gaming), in 2D.  I’m sure at that point in time, no one ever really thought that any of the characters in a 2D game looked very human.  Understandable of course, but when games took their biggest graphical leap yet, the leap into the 3rd-Dimension, the talk of photo-realistic settings started to kick into flow.  With that also came the idea of characters that looked completely human.  We’ve come a long way since then, and we’ve made a lot of progress, but we’re not quite there yet.  To tell the truth, we may not want to be".

Now this is a segment of my original 2009 topic:

The Uncanny Valley. Why are monster-movie zombies so horrifying
and talking animals so fascinating?

Written and illustrated by Dave Bryant
Japanese roboticist Doctor Masahiro Mori is not exactly a household name—but, for the speculative fiction community at least, he could prove to be an important one. The reason why can be summed up in a simple, strangely elegant phrase that translates into English as “the uncanny valley”.
Though originally intended to provide an insight into human psychological reaction to robotic design, the concept expressed by this phrase is equally applicable to interactions with nearly any nonhuman entity. Stated simply, the idea is that if one were to plot emotional response against similarity to human appearance and movement, the curve is not a sure, steady upward trend. Instead, there is a peak shortly before one reaches a completely human “look” . . . but then a deep chasm plunges below neutrality into a strongly negative response before rebounding to a second peak where resemblance to humanity is complete.

Sections from the second topic in 2010:

Video games are no safe haven either, with titles such as "Mass Effect", HEAVY RAIN, & "Heavenly Sword" all dipping into the "Valley" at some point.

Now, David Cage (Founder & Director @ Quantic Dream) made a fairly bold statement a few years back that: "There is no Uncanny Valley anymore. Not in real time". It was in response to the original tech demo shown for his, then, upcoming game, HEAVY RAIN. Having now played and beaten the title, I observed his widely creative ambitions, but HEAVY RAIN is still plagued with many "uncanny" moments. It's not so much that the game was bad, but our technology hasn't quite caught up.
This subject is one that I will continue to study for years to come. It's my passion and duty each day, studying and finding ways to clear that "Valley".
Here are some examples, in motion, of "The Uncanny Valley":
Some are pretty creepy right? That "creepy" feeling is known as "The Uncanny Valley". They look human, but something's just not "quite right". The part that's "not right" is what I'm trying to pass.
With 3.0, we can imagine what a character looks like when they no longer exist in "The Valley":

That's a beautiful, completely Computer Generated Model (or CGI). Of course, we won't know from movements when games/movies/robots clear The Valley, but one upcoming game seeks to rid gaming of just such a subject: 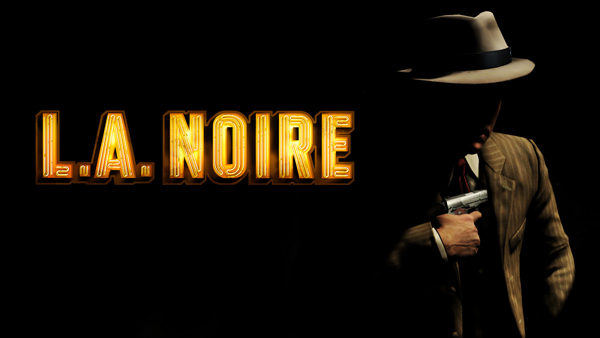 In this upcoming detective drama, the one thing that's catchy are it's "lifelike" facial animations. Have a look:
http://www.motionportrait.com/about/demo_face_01.html
For a final peak at "The Valley", check that out! I hope you enjoyed my study!

Definitely odd facial expressions and movements constitute most of the uncanny valley effect. Outside of that I doubt it even exists, at least as a consensus.

You misunderstand what it is. It does exist, it's just that it hasn't been cleared in most mediums, because to do so is to make something as lifelike in movements as it is in looks.

Either way, I think you also misunderstood the purpose of the study, which is unfortunate but I'd be happy to go over it with anyone that doesn't understand.

Have a glimpse into one of my personal favorites:

I didn't really comment on the study (since I don't really care much about such stuff - sorry man), only in my opinions.

Well the "Valley" does exist, that's not really an opinion (or at least the basic principle behind it - "The Uncanny Valley" is mainly a tagline for a very real occurrence), but maybe you'll one day take an interest.

In the meantime, thanks for at least checking it out.

Hmmm...perhaps this topic isn't as interesting as it once was on VG. It's losing it's innovation...

The forums have slowed down a LOT recently man.

Makes me wonder what we could be able to achieve with the new HW coming out... 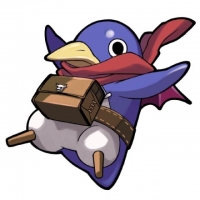 Interesting stuff although I don't quite see the same level of concern with video games primarily because you actually know when you are playing one.

This quote from the article sums it up pretty well, "It’s a little hard to describe in layman’s terms, but it basically means that humans would react positively to human-like robots for as long as they could definitely tell they’re still robots.  After that, it is assumed that the robots could start looking less like robots, and slowly inch closer toward near perfect human emulation.  It is at this point where it is theorized that people will have some sort of negative reaction, as the “robots” start to look very human, but not totally human."

When applying this to games, I just don't see there being a point where we wouldn't be able to tell we're playing a game in the same way we wouldn't be able to identify a robot if we saw one. Point being, we know they're graphical images because we know we're playing games. Now, I can still see how this uncanny valley effect could (and does in some instances) detract from gaming because something would be noticeably off about the human's behavior. That much I can agree with, but the comparison between reality and video games isn't a direct comparison.

nope just reading it first. don't really have much to say on it anyway you basically said it all. thanks for the update and like everyone in v2.0 you should be a writer for vg chartz. just still thinking what the tech cage was talking about was that was better than L.A noires'.