Forums - Gaming Discussion - Why does the media worship Apple?

The Apple II was a lot of people's first real computer, (no offense C64 and Atari 8bit), so a lot of tech journalists have a long history with Apple. Steve Wozniak was a genious and that's why the Apple 2 lasted so long on the market. Steve Jobs on the other hand likes to think of himself as an artist and to his credit he knows when something looks good and works well. The iPod and iMac lines are quality products and Steve Jobs is good at hiring the right people to make and sell them. It's too bad that Woz isn't with Apple anymore. If he was Apple products would probably all be more open archetecture like the Apple 2 was.

As for Apple fanboys/Mac-Aaddicts. It's like a hive mind or a cult. They all feel supperiour like they know something we don't. As if owning a more expensive computer with an Apple logo on it means your smarter than a guy who built his PC from the best parts he could afford. I swear sometimes Apple fanboys act like they'd buy anything Steve Jobs tells them too. They'd buy a bottle of Steve Jobs farts if it had the Apple logo on it.

My cell phone doesn't have internet. My MP3 player doesn't have and "i" on it, but it does have FM radio and a mic for recording notes. I built my PC, but I have a Mac Mini I haven't used since college.

Maybe the tech media industry are Mac fans or maybe they have fond memories of the Apple II. Maybe they just like shiny things with touch screens that let you zoom in on pictures. I don't know. Apple products are quality, but they are often not the best choice and are almost always overpriced. Do you really need a computer in your phone? Probably not. Was the iPhone the first smart phone? No. Is it the best? Probably not. Does it matter if people like it and it pushes the competition? Nope, that's capitalism.

Sheep. That's the mentality behind it. The average consumer is ignorant to the fact their are better quality priced alternatives in all of apples product lines.

It will be the biggest innovation ever. Or so the media will say.

User experience.. hate all what you want, but they give the best user experience of any company.. sure it's at a premium price but that's what they aim with their company... a long dominance instead of a short burst.. by having a premium price on their product they achieve a better brand power than anyone in the business.. and sure their tech is always good but not at the top end.. but when you think about it.. there are other companies with products with better specs but do consumers want them? no.. they don't buy them.. in the end Apple knows better what you want then me and you yourself.. they make complex things look simple and that's why most media love them..

One explaination could be that some of the guys behind the camera are Apple geeks. These people think that having a Mac makes them better. 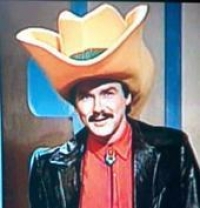 The iPods and iPhone are cool but I don't see why people like the iPad at all. Its just a stretched out iPod Touch. And the Macs are okay but way overpriced.

Although they have their distinct differences, I can't help but laugh and imagine some of these responses instead talking about "Sony vs. Nintendo" (PS3 vs. Wii).

Looks like power and more complex features isn't necessarily the key to success! Conversely, it does seem that making a product that is relatively smooth to ease into and learn is one of the keys to success. That and the "consumer experience."

I love that this topic is one topic that typically unites all gamers. We all dislike Apple, and we all seem to dislike the hipster lifestyle, that apple has created. 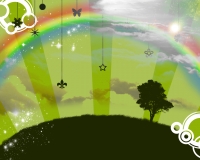 Owning a Mac doesn't make me better, but what does make my life better is owning something I enjoy. Same reason I choose a Ps3 > 360/Wii after owning both. And I have used PCs and they are better for gaming but my macbook fits better to my lifestyle and for anyone's info I am not a hipster. 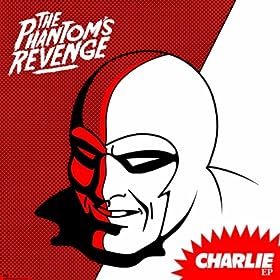