FFVII is not even the best FF by far (VI XI and IV - remake - are better)... then again, I prefer ALttP to OoT.

The only game that comes even close to OoT is Xenogears

I feel the same way.

Oot is my favorite game of all time, so I choose that.

"Pier was a chef, a gifted and respected chef who made millions selling his dishes to the residents of New York City and Boston, he even had a famous jingle playing in those cities that everyone knew by heart. He also had a restaurant in Los Angeles, but not expecting LA to have such a massive population he only used his name on that restaurant and left it to his least capable and cheapest chefs. While his New York restaurant sold kobe beef for $100 and his Boston restaurant sold lobster for $50, his LA restaurant sold cheap hotdogs for $30. Initially these hot dogs sold fairly well because residents of los angeles were starving for good food and hoped that the famous name would denote a high quality, but most were disappointed with what they ate. Seeing the success of his cheap hot dogs in LA, Pier thought "why bother giving Los Angeles quality meats when I can oversell them on cheap hotdogs forever, and since I don't care about the product anyways, why bother advertising them? So Pier continued to only sell cheap hotdogs in LA and was surprised to see that they no longer sold. Pier's conclusion? Residents of Los Angeles don't like food." 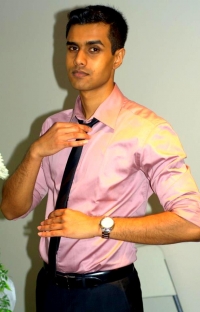 I'm a huge FF fan, well at least before FF X-2 (but I liked XII), and OoT & FF7 are actually my 2 favourite games of all time. Don't make me choose! I think they're both equally incredible games. Ocarina of Time was one of the first games I ever played, I enjoyed it sooooooooo much as a kid now that I look back, those were the real memories. FF7, was one of the first PS games I played, and I don't know about any of you but I really can't think of a villain more badass than Sephiroth, and the story was just so epic that even today it's embedded in my mind. So simply put, don't make me choose! :P

Ocarina of Time. FFVII isn't even that good of game. There several games in FF franchise I'd take over it as well as many other JRPGs outside of the franchise. Despite it's archiac graphics by todays standards, I can still play OoT. I could barely stand FFVII in 1997 and it's flat out unbearable in 2011.

You're crazy and there's a certain type of male airflow machine that your comment blatantly screams. FFVII is nearly unplayable by modern standard, while gameplay has barely evolved past what OoT did thirteen years ago.

In the FF series, VII is very low on my rankings. I consider IV, V, VI, IX, X, and XII all to be very easily better games. And one could easily make the argument that every other non-MMO game in the series is more enjoyable, too. Both MMOs, I consider pretty rough, though. And similar opinions are extremely common amongst players of the series as well.

Meanwhile, OoT is still revered as either the best game of all time or, at the very worst, one of the top 5 best games of all time, by both the majority of gamers AND aggregate ratings websites.

Toss in Master Quest and Ocarina of Time 3D, and there's absolutely no question about it. Master Quest because it offers an incredible extra degree of replayability that you can almost never find in games like that. OoT3D because it's a very lightly updated version of the game, which proves that OoT has aged fantastically. FFVII could NEVER be re-released as a full game like that without getting a serious makeover. OoT3D only got a minor touchup.

No, this isn't even a fair debate. It's OoT all the way.

I disagree on that point hugely.

Ocarina 3D only looks so good because it's played on such a small screen.

If the FFVII Remake was made for the 3DS, it would also need a minor touch up. The backgrounds wouldn't really need touching. The character models could be more fleshed out and well... That's it. That's all FFVII would need.

Suppose I may aswell edit this in.

FInal Fantasy VII wont get that type of Remake. No way. It will get the full HD Remake it deserves.

Unfortunately I think FF VII is too basic in gameplay and the graphics (ugly lego characters, unlike VIII or IX) to make me say FF VII...OoT actually has good gameplay still. And it still looks solid. So, OoT.