yeah i seriously doubt an entire new model PS3 is the answer - and I also doubt they're considering that as a real solution.

perhaps it is something they can change in the firmware, maybe all new models will just have the fw loaded in it as opposed to having to download 3.8 or whatever it will be.

perhaps they'll consider a model that they're already using for games like SingStar where any songs downloaded to your PS3 are "locked" to that particular PS3 that was used to buy and d/l the songs. I had to phone up Sony UK to release the songs from my old YLOD PS3 so i could grab them again on my new slim. (not sure if the hack would even allow me to do that as security for the songs seems to be on their side of the PSN)

some form of PSN registration and system locking a copy of a game (unique number per disk - hard coded) is probably what they'll be looking at, but again probably only for the new games.

So similar case of DRM on PC? When the game could only be used times before voiding the disk useless? I don't know though, that will absolutely murder the second hand market. It's really a tough situation to be in and to get out of.

1st bold: i'd think so - without the possibility of a keygen app.

2nd bold: maybe they make it like PSN's 5 d/l limit or something idk

3rd bold: i doubt Sony etc. would loose too much sleep over that lol

same thing isn't it either way my point stands

Might have to buy that 2nd ps3 sooner than expected

I'd be interested in a new model if it's a real slim PS3 with 32nm Cell, N wi fi and USB ports in the back along with the ones in the front. Let's face it, this slim out now is not slim, it's still gigantic.

Maybe a new model or something but I see no legitimate reason why Sony would lower their price point.  Maybe price drop the bigger hard drive systems but I doubt we see a sub $299 PS3 this year.

As I've been saying Sony is in desperate need to recoup the massive losses that the PS3 has generated, they are finding success at the current price point while making profit.  A Price drop just is a bad business decision. 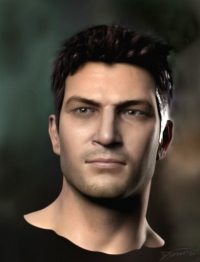 They should do a price drop in Latin America, which I consider the Sleeping Giant, so many, i mean many...millions per say, potential customers.