I don't see how they are "Showing their middle finger". It will just get no sales lol 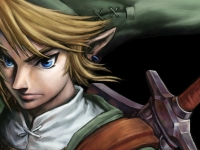 but seriously, not even local multiplayer for a sports title is just horrible.

Considering the highest selling Madden game on the DS was 300k, I think EA are playing it safe by not throwing in features onto a game that hasn't really dont well on the DS in the first place...Interestingly enough, the PSP versions of madden have all sold over 500k (except for Madden 11). Only reason I bring that up was because my original theory was that Madden doesn't sell on handhelds in general. x.o

I don't know you.

Madden is being released along with the 3DS because EA almost always has a Madden game with a console launch; but the 3DS is releasing too late for this version of Madden to be particularly popular, and it makes more sense to focus your resources to making Madden 2012 better than expending them on this game.

EA are always bad with their first versions of games to new consoles.  They place such importance on getting the game out by console release that they strip back features that were in previous versions of the game. Nothing new, wasn't going to be buying this anyway.