The release of Black Mesa, the promising Half-Life 2 mod, actually seems to be far away.One of the development team about the Source engine project now called Black Mesa numerous reasons for the shifts and had intimated in the course of that now to the "polishing" dedicate.

The release of Black Mesa at hand: "There is a lot more now not to do" - the developers say about the Half-Life 2 mod.

Screenshots from the Source engine project.

After the Black Mesa development team has recently moved the release date of Half-Life 2 mod again, were now called by Chief Level Designer Daniel Junek reasons why the project can be so long in coming. Accordingly, the competent developers were not able to "keep up the pace of work" to publish the Half-Life 2 modification in late 2009. Black Mesa on the aforementioned date should appear initially. The delay of the Black Mesa development was due, according to Daniel Junek mainly on "commitments around family, work or school." In addition, the development team has shrunk over time. hinted the same time, the level designers on the official forum of the Mod: "A lot of it is now no longer do we have to solve only this error and improve things.."

Consequently, Black Mesa might actually prompt appear within the next few months. Prior to March, but not, as mentioned above, then, the development team has the Black Mesa recently moved again , by pointing out that the Source engine project before the said month we would not. An exact release date for Black Mesa named Daniel Junek, however, still do not like the fansite hlportal.de reported. Black Mesa is a remake of Half-Life 1, which uses the first part of the Valve Source engine shooter of polished optical - without changing the content.

Black Mesa looks like exactly, you will see many screenshots in the below attached picture and a truly impressive Youtube video of Black Mesa, which is likewise to be found below. Who wants to know, such as the virtual form of Arnold Schwarzenegger in a different Half-Life 2 mod application is for, which was our announcement of the Celebrity Pack for Half-Life 2 here to set your heart on pcgames.de in which we provide to you the first screenshots from the "Terminator".

Here's to them finishing up the mod. The trailer looked mighty impressive. But I have to wonder, what takes so long to make a mod of game that's already finished?

Those graphics are starting to look antique.

I had a lot of faith in it, but after 1 year without any kind of noticable update I gave up. Used to visit their homepage daily...

Yea yea... I remember that it was supposed to be out two years ago :P

Seriously though, I hope that they can pull it off and I wish them luck.

Am I the only one waiting for Episode 3?

But these guys seem to know Valve time :P 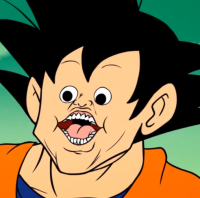 Yawn was excited for this mod 3 years ago, it's the duke nukem forever of mods. 3 years I've been waiting for Episode 3, not happy in the slightest. I think they forgot all about it now, I think 2 Left 4 Deads came out since then ffs.