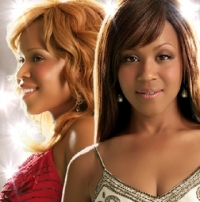 I doubt Sony will drop the PS3 $100 when it's just starting to make a profit now. If anything, it'll drop $50. If that happens (even if it doesn't", I'm support Microsoft will cut $50 off on all their hardware as well; including the Kinect. I think Microsoft will wait though and see what Sony does.

Correct. No idea where ethomaz is getting his numbers from. He must be going by shipped humbers, which are irrelevant.

360 shortages took up to 400k off sales in January. It would have been the best selling system for 2011 YTD had there been no shortages.

Those shortages are clearly not in Japan or Europe. and its likely that the 360 will continue to slide into 2010 numbers in Europe before the launch of the slim and before Kinect was released. Europe seems to be following the Japanese trend we saw last year where the PS3 outsold the Wii for most weeks of the year.

not sure what will happen in the Americas, Wii is still strong there and Kinect is selling consoles, only time will tell if those numbers remain the same or go down.

No point in tracking every week. Many adjustments will likely happen throughout the year.

oops, I didn't read the whole thread before posting, ignore this

Yea, but the shortages affect 360 sales in its strongest region, and were talking worldwide gap. 360 will probably slide in EMEAA, but PS3 will slide in Americas, so the Gap really wont change that much.

One thin of interest, it's likely PS3 will outsell in Wii in EMEAA and Japan this year if Wii sales continue to slide. 360 will also outsell the Wii in UK, and maybe even the US this year. Depends on how much Kinect boosts holiday sales, since Wii gets a lot of sales in the holiday season.

Shortages or not the GAP is decreasing... and will decreased more after adjustments. 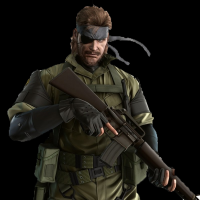 the gap is closing

I disagree, I'm noticing that the 360 is outselling the PS3 marginally now that shortages have been met. It's likely that PS3 and 360 sell a similar number of units during the year. If the Kinect boost wears off and PS3 sales remain strong, PS3 might get a small lead this year, but that will be offset by 360 having stronger holiday sales. I say this because I feel Kinect will boost 360 sales in a similar pattern to how Wii sells, which is with headstrong sales in the fall.

However your free to feel what you like. I've accuratly predicted 360's rise to leading sales, and I don't think you disagree with me when I say that Wii sales will be weaker then the HD consoles during the non holiday portion of 2011.