No. What I see is a bunch of nerds, who try and find an excuse why they needed 4 years to decode something., that is suposed to be "easy" as pie. They simply lie, and the constant jabs at Sony clearly shows, how anoyed and ashamed they are.

Its ego talk, and from  what I got from those presentation is this: there are still way off, untill anything productive can be done. They claim that its all in there, and easy as hell, yet they constantly appolagise that they have nothing to show...

Awesome video... This is why we need nerds.

PS3 has become quite hackstation in the last few months. Emulators, homebrew galore. This should make it wide open for anyone to port pretty much anything.

Go on the site which is found in the headline of the video to see what can be done with the PS3 already. These guys don't care about piracy, but want a console to which they can openly port programs, emulators and freeware.

If this works as they are saying it is, PS3 will be the new open source console king.

You really aren't understanding anything they said if you think it took them 4 years, they basically blew open Sony's security and laid it out for anyone that wants to further the work. It's insane to think that it would take anyone 4 years to hack, once you see how pathetic Sony's security really is. It only took this long because the "right" people weren't looking at it.

You know, they are nerds, but we're not exactly the coolest guys in the world to begin with if we're on forums talking about Video Games.

sorry to break it to you

Huge mistakes in the design of the security measures? It took 4 years to "crack" the PS3, and when it finally happened, a week later, Sony put the kabosh on it. There's only so much they can do

Well talk in your own name. I actually have a life outside this site, while obviously those guys dont. Hell they can barely speek in front of a geek crowd

And again, excuse upon excuse. Do you trully believe that? There is no way in hell that they didnt tried to hack it untill now, especially with a debated console like this. I call this BS.

Also, why do people act all innocent about this? We all know that the entire homebrew this, and homebrwe that talk is just there to mask the truth. This will lead to piracy sooner, rather then later. So how can anyone even admire them? They are a bunch of nolife loosers, whom could potentially leave plenty of people whitout jobs, just because they need to satisfy their need of power and popularity in some way.

You don't know what you are talking about.

They started working on the PS3 after OtherOS (Linux) had been removed. So it took them not 4 years to hack it.

Also, this is no exploit or bug in the firmware. Sony forgot to add a Random() function in there code they use to generate the Public Private Keys in there HQ, wich they use the sign there apps/games. Thats the whole point of the hack. The hacking team recreated the keys because of this "dumb" failure from sony.

Sony can't fix this. It's not a firmware related thing, so a new firmware won't fix it. They can't block the old Public Private Keys, everything thats released for the PS3 till then would not work anymore!

These guys will release a signed version of AsbestOS next month. So every one of the allready 45 million sold ps3 will have Linux again. Thats the first step. Second step is releasing the tools and keys to sign our own software.

Also, today is a presentation of there work. So be sure to check out the videos later that proof you wrong :)

A hero need not speak. When he is gone, the world will speak for him - BELIEVE 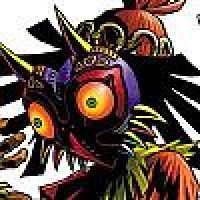 So are we looking at possibly exploiting to make the PS3 blu-ray region free? I don't care about piracy, I just want Region A locked titles =]

Some guys obviously don't understand what this hack means. They have the keys to sign ANY program to run on a legit unhacked PS3. On any Firmware, on any PS3. They can make programs just like Sony or third-party devs do. Compile the program, copy onto the PS3, run it. Simple as that. And it's unpatchable by Sony.

That's probably the easiest way to pirate a console ever had.

And this is coming from a guy showing signs of emotional distress over their pet gaming console being hacked. But by all means keep up with the ad hominem attacks, I'm sure you need the vent.

Anyways, is it really great security when they have a huge hole like the one exploited in this hack? A security system is only as strong as its weakest link, and sony made a pretty major mistake. Its equivalent to boarding up your homes windows, install a finger print door scanner, ect all in an attempt to make it bugler proof, but leaving the kitchen window wide open.

Oh, and as for importance, this is a pretty big hack. I don't think anyone has found the private encryption keys for any system, not even the PSP. Most hacks work by some flaw that allows unsigned code to be executed - while this hack will allow code to be signed. In other words the PS3 won't be able to tell the difference between real Sony approved executables, and those written by hackers and pirates. So, with this hack any PS3 will be able to run homebrew applications, regardless of firmware and wether or not it was jailbroken.

This will likely make the PSP hacking and pirating scene look like nothing.