China's exports are expected to rise in value and inflation may impact China's economic growth. The Americans Quantitative easing will adversely impact China's competitive advantage in the export sector, America's economy will grow over the next few years. China has for too long artificially kept its exchange rates at low rates given it an unfair competitive advantage over international export competitors. Consumers need to boycott Chinese made goods and buy American made goods. Keep jobs, farms and businesses alive in America. China is run by a despotic corrupt authoritarian dictatorship, there is no democracy and no such thing as human rights in China. China is hiding its evil Communist dictatorship system away from the world.  Government of China is a dictatorship and it uses controlled propaganda and media it feeds to the world.

Japan's economy has fallen down as the Chinese Red dragon economy has continued to grow and grow from strength to strength over the last 20 years since the end of the Cold War. The emergence of the global economy and the ending of the Cold War has strengthened the Eastern world at the expense of the Western world.

China is eating up a a lot of cheap raw material exports from South America and Africa. 200 million strong Chinese Army is a threat to world peace. Socialist/Communist and Middle Eastern allies are aligned with China. China is an axis of evil nation. The Red dragon of China has grown into an economic super power. China is now the second largest economy in the world.

North Korea  versus South Korea War between 1950 to 1953 was a proxy China/Russia versus America/West war that ended in a stalemate. A modern Korean War is a possibility with North Korean(Chinese ally) attack on South Korea(American ally). 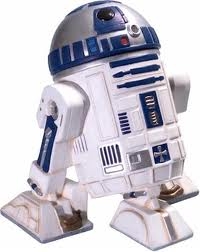 A threat to american economic domination, yes. A threat to world peace? Big jump to that conclusion

Also World Peace? When did that happen.....I swear we have more conflicts and disputes than we did centuries ago.

Pretty much this, a great shift in market power balance and standings is slowly occurring, spurred on ever faster by the recession which has devastated Western interests more than others (Japan is taking heavy hits though, mostly from being so tightly bound to Western economy and markets). It is inevitable.

China is threat to US hegemony, thats all, the rest is rhetoric.

And your right about Korea being a proxy war.

I'd try to put more effort in but I don't scream myself hoarse at people who won't listen.

I like how Comunism and Red are in capitals and evil and dragon are not.

All China really wants to do at the moment is keep on trading; It's a threat to competing exporters and not much besides that. And evil communist dictatorship? China has become just as capatilist as America, and although it isn't the most fair country judging by the Human Development Index, it has certainly made progress and isn't quite as bad as you make it out to be.

I am yet to be convinced that I should be supporting The United States over China. If I had to rate them, I would say the Chinese government treats its own citizens slightly worse than the US government does, but that it treats citizens of other countries better than the US govt does.

The US government violates human rights as defined by the United Nations (ie the guys who get to define such things), use their power to advantage their own economy at the expense of poor nations, ally with nations whom I don't beleive are moral.

In short, when China comes to power, I am going to be no more or less happy than I am now as a result of America being in power. I sure hope that the American population and government in general, and you in particular are capable of adjusting to no longer being the most powerful country. As a starting point, I would recommend you read a bit about history, economics and politics by authors that are not American, from how you write it very much seems like you have only heard a very particular viewpoint.

A major war makes no economic sense anymore as the world economy is more about international trade and services rather than resources. Therefore China will not do anything that will make people wary about the stability of their economy.