Forums - General Discussion - Obama considers me his enemy that needs to be punished.

But that interpretation means you are taking him literally when he says "enemies" and "punish" but reading between the lines when he says "they should punish their enemies".  If he's being literal than he's talking about the enemies of the latino community, which may or may not be you and certainly doesn't mean his enemies, and if he's saying something that isn't supposed to be taken literally then he's saying that people should get out and vote against those that would go against their desires.

He was off teleprompter, and answering questions. He called them enemies, because that's how he thinks Latinos must think conservatives are.

He was conducting class warfare. Telling them we are to be hated, and they are there friends. Now go vote down and punish those you should hate.

It's not remotely how the President of The United States should talk about Americans.

He want them to "punish their enemies" at the ballot box by not sitting out the election.  Are you so blinded by Obama hatred that you really need to make an issue of something this moronic.

To talk directly about this point. What pisses me off is the thought behind the term.

I think Obama is doing what he thinks is best for the US. I think he has no clue, but in his heart, he thinks he is doing good for the US. He is not my enemy, he is just a politician who lacks any sort of wisdom.

He looks at me as the enemy, and advisory. As someone who at there core, wishes ill will on a demographic of Americans.

I, like Obama, want the best for all Americans. I just think the way to achieve it is radically different then how Obama thinks it should be conducted.

To think about a group of people your elected to represent in this manner, is disturbing at best. Why do you think he would ever work to better the lives of people he is asking others to punish?

Where is my President?

You are delusional.  Nowhere is it remotely like that.  What's despicable is the way Obama has been treated by "the right" from even before he took office.  I'm surprised you would stoop this low.

Really? Are you serious?

Come on people, please don't defend this action. It's indefensible.

In the 234 years we have been a country, no president before Obama ever has. I hope beyond all hope, that after Obama, no one ever does again.

It's sickening, and sickens me that people look upon it as no big deal. 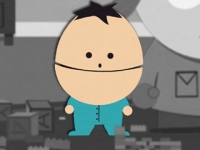 Dude calm down before the CIA hears you and our secret muslim illegal extraterrestial president sends you to our universal healthcare deathpanels so they can kill you and use you for government run cloning and stem cell research project.

You see what you want to see.  That doesn't mean it has any bearing on reality.

We had to hear about "real Americans" from McCain/Palin during the entire campaign.  I'm guessing you had no problem with that.

You don't think Democrats felt the exact same way under Bush?  It's been like this way in the US for the losing of every presidential election for a while.  It's dissapointing from someone I was hoping would be above this kind of separatist thinking but it certainly isn't unprecedented.