So, before we all overreact to this 'news' (too late), who's to say this is even a reliable source of information?  Wasn't sourced all that convincingly so this could be just traffic fishing.

But look at things this way:  if Sony has shipped as many Move controllers as they announced in a non-holiday release, is it conceivable that MS would ship out a smaller number of Kinect devices for a holiday release?

And, as I've mentioned in another thread (that of course was ignored), preorders do not represent shipments.  Upon launch week, Halo Reach had just under 2 million preorders (allegedly), yet sold over 4 million during launch week.  Were their shortages?  No, which means they shipped even more.  So don't put too much into preorder numbers being indicative of first week shipments OR sales. 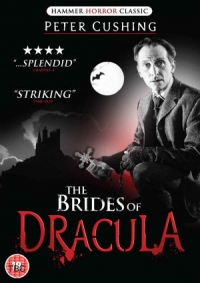 Agreed . I want the November and December NPD numbers already , damn it !! I am really interested in seeing what kind of effect kinect will have on the market, both on the hardware and the software front.

Times converts more than reason. As of now, there is no evidence that they are doing OK. Sony goes under a massive restructuring while their game division can produce nothing but duds. Microsoft's investors want them to get out of video games and now they are blowing 500 million dollars on marketing (not even the product. Just the promotion). Put 2 and 2 together, and you'll see that neither are doing well.

The bold is the fallacy. Did anyone think Sega was going to drop out of the console business? Probably not. But they are now. And I'm sure Sega fans aren't happy. Sony and Microsoft have less invested into games than Sega did. By that though, they'd be more inclinded to leave.

Sony and Microsoft are losing and the industry is failing. The industry was held up by Nintendo alone. When the Wii fell, so did the crumbeling structure. They will most likely leave.

I actually greedily thought of this too.  If I can stake out some walmarts and get 2 or 3 I can keep one and make a good profit on the others! *evil grin*

Just stop, not only are you spewing fud but you are now just making a fool of yourself.

The initial shipments of Kinect are guaranteed to be sold out. I'd put money on it, and I generally only bet on sure things.

Whether I think the initial sales are warranted or not is an entirely different matter, but I'm not one to dismiss the positive effects of the huge marketing effort MS is throwing behind the launch. In that regard it doesn't even matter if the final product is well short of the initial Project Natal concept.

That alone is more likely than not to push the 3m projection MS has released for the season.

Of course sustained sales will still be entirely dependent upon how well Kinect software in 2011 delivers.

This is . . . wow. Okay, theres something wrong here-- this doesn't sound like something someone trying to mass market a device would do.

How reliable is lazygamer, beyond me never having heard about them before in the past?

What, you mean spend an ass-load of marketing dollars on a product that mobs of consumers won't even be able to buy at retail through the holidays due to lack of supply?

Starting to wonder if this "Kinect is already sold out before debut" isn't just some form of viral marketing from MS as a part of their $500m marketing campaign. I'm making a tinfoil hat as I'm typing this. 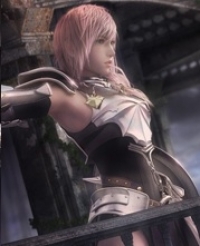 Sega dropped out of the console business because their sole goal in that business was to make money; Nintendo would do the same if they were losing money. But for Sony and Microsoft it's different

For Sony, the PS3 helps sell their HD TVs and their Blu Rays; even including all this the PS3 probably hasn't been successful enough but it's now making money and they'll most likely approach the PS4 differently, but it will still be designed to push other Sony products

Microsoft got into the business to try to stop Sony from taking over the living room but now they're in it for different reasons...Xbox Live. Windows and Office have reached their peak, I don't think they're going to collapse in sales but they can't really expand the market for them that much, so Microsoft are searching for new revenue streams and Xbox Live is that. Xbox Live is pretty much the another Windows, it's a platform they can charge for that they can use to sell all their other products off, like Zune Marketplace. Plus the 360 has been making money for years and will most likely make money for them overall.
BUT if Sony or Nintendo told Microsoft that they'd put Xbox Live on their next console and all future consoles, I'm pretty sure that'd be the end of the Xbox