Forums - Sony Discussion - Who here is pumped about Move and eager to get it?

You could of bought the 20GB or 60GB at launch though and got BC.

As for me... am I excited for it?  No, though mostly beause I won't get it at launch, or anytime soon really.  In a positon now where entertainment budget is cut short and therefore games are going to be what I buy.

Plus, really need to see probably at least 3 exclusives the Wii doesn't have i'd want... and i'd need to  buy the whole package at once.  So, probably won't happen for a long time if ever.

You have good reasons for not wanting it and you explained them. They were personal reason hence true factual reasons to which no one can argue. Which arent the case of some people here. We may question who has the agenda, the one saying its a ripoff, or the one explaining why its not a ripoff. In either case, pro or con, the problem is with exageration. I dont remember reading any exageration from the pro side. I dont understand why your pointing your finger to sony fans.

I think the head tracking, while cool tech, is a bit overratted and I don't really see the aplication to a game for it to be honest. Cool tech dosen't mean fun gameplay mechanics. It's all about what they do with it. Now some Sony fans have ideas for it I'm sure. Maybe its just a lack of imagination on my part.

Also from what i saw from games like Sorcery the thing looked almost the same as the Wii remote. With HD true, and that is a nice upside, but not worth the price for me.

All the recognotion stuff, face voice and so on. I don't know. Again maybe this is just my limited imagination but i don't see where thats a huge game changer. I remember useing voice recogntion in socom for the PS2. Was not a big to deal me then and still is not now.

TO be honest part of me is a little anoyed at some of the fans of the move because some of them are the same people that killed the wii motion controls. And they didn't complain about lack of precision. They said stuff like i just want to press a button and thats a gimmic. Now everyone loves MOVE? But thats just me and its kinda OT. But i just wanted to say it.

At least love the move for the right reason. I'm not convinced about all the recogniton stuff at all. Nor am i with the head tracking, although now i do understand it better. The thing move has going for it is its a good wiimote ripoff and its HD. That is a nice thing though, Wii HD.

Im not saying move wont be cool. Im just saying I want to see prof first behond speculation from sony fans that really want to to succede. Also I didn't mean to single out sony fans on that agenda thing. Its not just sony fans, MS and Nintendo fans do that stuff as well.

yeah your right. if its me though I am kind of the opposite. I got all hyped for the PS eye long before the move was announced. I didn't like the wii games but I thought the controller was interesting. I came to realise that the PS eye wasn't doing the things I was hyped up for it to do.  with games like Eyedentify being cancelled.

then MS showed of Kinect at e3 2009. I got all hyped for it, even though I probably wouldn't get it because of all the games I would already be getting throughout the next couple of years. I quickly realised the problems Kinect would have and although you could get around them they seemed kind of awkward.

then Sony showed of the move. which merged the PS eye with a motion controller. I got thinking about what it could do. the main thing I am thinking about is actually being able to lift things in a virtual world and all the application that could bring about not just from the user perspective but from a game designers perspective as well. to me it's kind of like that motion capture equipment that they use to capture animations. they put on the suit surrounded in colourful balls which a camera then captures.

then the main problem with the eye was depth and accuracy. the move brought that to the eye. which I feel gives it a chance to rival Kinect at it's own game. the only advantage I can think of for Kinect is full body.

that is why I believe the eye is vital part of the tech.  it could potential do most of the stuff MS is boasting about being new and revolutionary as well as all the other features. to me the move is the most complete of the three technology's and that is why I am so hyped for it.

yes I am filled with hype and I really want this to succeed, lol you think I would have learned by now given my experience over the past few years.

Well my friend I hope its a huge success.

There is something fundamentally joyess about hype. Like me and the 3DS. I could not be more hyped.

Goldeneye...Been playing Perfect Dark on my 360 getting psyched!

Hyped for Skate 3 to drop in price on Amazon again so I can buy that...=0)

Harry Potter and the Deathly Hollow...Game AND the movie.

AND OMFG DIABLO 3!!!! I will wet my pants when this finally comes out!

From a purely technical point of view it's pretty obvious that Move, unless Sony mess up either (or both) the HW and the SW should be the most accurate with the lowest levels of lag (and I say that as a Wii/WiiPlus owner and fan).

It has essentially the same tech as the Wii plus the advantage of coming later with visibility to WiiPlus and what Nintendo have done with the addition of the EyeToy/Ball calibration capability for tracking plus what that allows developers to add with basic recognition software - image or voice.

Kinect is great but taken at face value relies solely on input via recognition software from signals from the cameras.  You the player don't emit signals like the Wiimote or Move broadcasting your position, so the whole thing relies on the cameras/IR plus the SW.

It's very cool, but very, very software dependant for performance and accuracy (which is probably why Sony/Nintendo passed on this approach being more HW focused while MS felt up to the task) with a resolution that, based on what I've read, will be a cube of space larger than the cube the Wii/Sony controllers can define - although that may be something that SW patches could improve, I'm not sure if the Kinect camera itself imposes a physical world limit on resolving movement/patterns.

All three have good/bad points but overall Sony has taken the safe route of simply building on proven tech from Nintendo, which is why is should technically do the best job for games but in many ways seems the least interesting to the market as it's just the Wii on Sony vs Kinect which seems more eye catching and different. 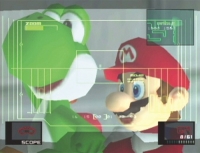 Everyone knows I am getting the move

I already made room on my budget to buy it at launch.

I already have the PSEye, so I'm planning on buying 2 Move Controllers and 1 Navigation Controller, maybe 2.  I'm still undecided on what game I'll get with it.  But it's most likely gonna be Sports Champions (My family had a blast with Wii Sports back then and since my parents also have a PS3 (they're awesome like that), I'm sure we could enjoy this one just as well.  Plus it's an easy pick up and play experience that will be simple to use to showcase the tech to everyone. 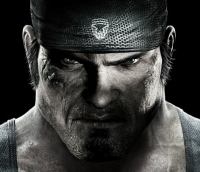