all that they need to do for me to vote 5/5 is to implement more distinct borders and darker green and restore the topics in the side bar turning red when someone quotes one of your posts, A feature that I absolutely loved and started to annoy me when other message boards didn't implement it. 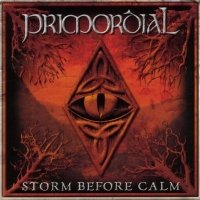 I can't say I like the new layout, the site is way too bright for my tastes. I kind of wish we had a chance to keep it darker. I like having everything all in one place, it wasn't split up like that. I am not a fan of social network sites and the new layout seems kinda like that. :(

The changes make me very sad. This used to be my favorite and most-visited website.. now its too aggrivating to even navigate.

Love it. Much much better. At first it was wierd.

But I'm already used to it. Seems so much more professional.

More stuff on the hub and it's fine. It's just a bit problematic when I want to be able to see a bit of everything (sales, reviews, news, forums) but it's all split up. I'd like more in one place, like what we used to have.

Othen than that, the new site is good. Unlike 2.0, it actually pleases my eye. I like the new style, it's just the overall structure that needs some work.

And to put in more details, concerning the hub:

I have to say

I dont like it. Especially the colors. Like the Op said. Green and white its hurting my eyes.

From the pure design aspect its not bad actually since the mainsite is pretty much like the old one but those colors are really bad first it reminds me of the XBOX and second I have to look with half closed eyes on the screen since its so bright even though my Screen is on lowest brightness.

Please someone give an option to change the background color and text color and I could like it.

I also dont understand why there is the Hub. It looks so complicated. Google searchengine was not only succesful because it had a good algorithm but also because the website was clean and easy to understand. Now everything looks confusing and those colors damn I hate them. It looks more professional though. But please give an option to change text and backgroundcolor thats my biggest complain. Everything else can stay as it is but infact my eyes are beginning to hurt. Maybe Just the white background is the problem I have really problems to distinguish the colors in the left bar. I have to look probably a second or two longer to see if its green or grey due to the white background on th left side which shines so bright.

Other then that the Website is way quicker especially when you edit just figuered out which is imo a great improvment.

I'm sure the people that are heavy posters with a reputation will continute to use it but I can't see this design winning many new fans.

I'm guessing that 4 different sites no matter how fragmented = more clicks and more revenue and that's the bottom line, although with my adblock I never contributed anyway.

Can't see how any of this was designed with the good of the loyal community in mind.

Glancing at the sales figures is about my limit on here now, I'll use IGN for other things. 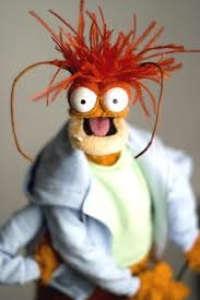 Its ok, but im really hoping for some improvement on the site very soon that mean the site isnt as split up anymore