The only thing GameCube has going for it in this competition is having the most Zelda games. It has Wind Waker, Twilight Princess, the Collector's Edition, Four Swords Adventures, and the Ocarina of Time Master Quest. It was the greatest Zelda collection ever.

The Wii even brought 2-D Mario, Punch-Out!!, Excite Bike, Blaster Master, and many others back from beyond the grave. And it stole Monster Hunter and Dragon Quest from Sony. It's a beast. Wii wins easily.

I loved my Gamecube, but now my Wii can do everything my Gamecube could plus more!

However, I ALWAYS play Super Smash Bros Brawl with my Gamecube controller.


I'll even go as far to say if you remove Nintendo developed games from the GC its still got a better library than the Wii has even with Nintendo games.

The GC was great, but I think the Wii is leagues ahead of it as far as games go.

The Wii has maybe 10-12 really great games, while the GameCube had at least 30+ really great games, it's not really close at this point! Zelda Windwaker is better than Zelda Twilight, both Resident Evil Remake and Eternal Darkness are better than any horror games on the Wii, Mario Kart DD was better than Mario Kart Wii (imo, but most will disagree with that), Viewtiful Joe is better than any 2D game on the Wii, Paper Mario on the Cube is better than Paper Mario Wii, Tales of Symhonia and Baiten Kaitos are better rpg games than anything on the Wii! We then add in F-Zero, Star Fox, Lugi Mansion, Wave Racer, Metroid Prime, Skies of Arcadia, and so many other GameCube gems and its hard to see how the Wii is even close! A few games the Wii has over the Gamecube is Mario Galaxy and New Super Mario Bros Wii are better than Super Mario Sunshine, and Punch Out is pretty sweet!

I enjoyed way more the gamecube than the wii

Plus there's a number of the best GameCube games already ported to the Wii like Resident Evil REmake/Resident Evil 4, Pikmin/Pikmin 2, Metroid Prime Trilogy, The Legend of Zelda: Twilight Princess, etc.

The only games GameCube still has over Wii is Paper Mario: The Thousand-Year Door, Eternal Darkness and Wind Waker.  However, seeing as how you can play them on the Wii and the Wii far outnumbers those games, its really no contest.

Wii. I don't need to explain why as many people here have already done so.

you're forgetting one detail

last generation mult-plataform games were released on the xbox, the gamecube and the ps2

nowadays, these games are generally released on the ps3 and the xbox 360

so the game cube wins 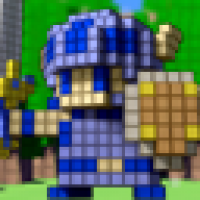 Wii third party support however is crap compared to the Gamecube