- Fluffy High-Tech: Various high-end technology equipments like video walls are mixed with bunnies and fluffy sheep. It is a cold, futuristic environment populated by adorable creatures

- There is an all-new level creator and it is not just a tool to create platform games.

- Storyline is not country-based like last time, but is based in periods of time

- As examples, the game 100% encourages the player to create game types and wants you to make a shooter, a racer, puzzle games, Space Invaders clones, even RPGs

- There is a major overhaul to the story level as well. There’s the same 3-plane perspective for the story mode and the levels so far have a similar run-jump-grab platform style.

- A player can even customize a HUD. The example given is a health bar for a fighting game.

- All DLC from LBP1 transfers over to LBP2. Including downloaded content packs, costumes, etc.

- Media Molecule loves that a lot of user-created levels in LBP1 were homages to classic games and laments that so many manipulations of the creation tools were necessary to do them. Sackboy won’t need to be “hidden behind the curtain” when you make games with LBP2.

- There is a new gadget (like the MGS paintball gun). It is a big-ass grappling hook.

- Sackbots can be controlled by direct control seats as well.

- (from previous point) In LBP1, lots of people made rudimentary “hold R1 to accelerate” vehicles. Mark Healy created a car out of rubber wheels and a bottle, then placed a direct control seat in it. He pulled up an interface that resembled a PS3 controller and assigned commands to buttons.

- Example given was assigning Sixaxis tilt for forward and reverse, horn on the X button.

- You are no longer limited to the game’s stock sound effects. You can record your own sounds and voices, attaching them to characters or objects. Magic Mouth from the original LBP is gone

- Direct control seat’s control scheme is instantly accessible and you can attach it only to the part of the vehicle you want it to control.

- Example was given about the 8/16-bit remakes/tributes having to use the signature gameplay mechanics of LBP. That is no longer true in LBP2. A creator can place a direct control seat on their own platforming protagonist and complete it with a customized control scheme.

- Example of the previous was Yoshi’s Island. If a player creates the perfect recreation of the SNES-era jump they can share it with anyone in the community.

- There is an in-game microchip that functions as a calculator and it is a direct response/homage to PSN user Upsilandre (seriously, he’s mentioned by name)

- Enemies in the original title could only be programmed with super-basic commands and most resembled marionettes.

- Users will be able to take a template for an enemy called a Sackbot, tweak the AI and dress it in any way they choose.

- Creators can choose the weak points on the Sackbot, determine if it is scared of heights, and even program acting routines.

- A disco scene was set up by Media Molecule and two employees recorded together on a single Sackbot. They moved its arms and bobbed its head in a dancing routine. JUST the AI was copied and pasted onto twenty different Sackbots. Each Sackbot was given its own unique look.

- There are now movie editing options as well.

- Every LBP2 player will receive their own profile on LBP.me. It will display your activity feed as well as previews of their own stages

- There will be user-created integration in QR codes as well. They can be printed on advertisements, business cards, and automatically load a level when held up to the PlayStation Eye.There is no special menu to do this. Any time the PS3 is turned on and running LBP 2, you can wave it in front of the Eye.

- If you are not near your PS3 you can take a quick photo with your smartphone to see an online preview of the level and add it directly to your level queue.

- For creators of multiple levels, you will be able to string your stages together so that they flow from one level to the next.

- Sackbots can be drastically increased or decreased in physical size.

Here is a list of levels and summaries so far:

- Steam & Cake: Steampunk-style level based on a fucked-up tea and cake party

- Neon Propaganda: Cold-war era posters line a factory environment where Sackboy is liberating oppressed workers. There is a grim nature to the level that is totally opposed to the neon lights and signs.

- Creators can make full-on cutscenes. Camera angles and voice-overs included. Creators can even make little five-minute short films. These levels are clearly marked on the stage select screen so you can tell whether you’re watching or playing the level.

Sure. Quality-wise is is very, very close to the first game. However this is not even close to true of all the screenshots of the levels. Things look far less rudimentary in the levels this time around. One thing that I am genuinely liking and I hope is transferring to all the other user-creation tools is how the game shows you what commands are assigned to what microchips. Best way to explain it is to have you think of what happens when you press on a link on the iPhone. It blows up the microchip’s commands with a little transparent, green comic-book style speech bubble part at the bottom pointing to the microchip it represents.

Sackbot templates start as a square-ish version of Sackboy with no faces. They resemble a wooden puppet very much. There are all kinds of various lighting effects on display. My favorite one (because it’s so unique) is the 8-bit pixel Apple II-style lighting. You’ll see what I mean by that when your issue gets in.

Is there any more detail on the whole circuit board/microchip thing? It sounds like a new/better way to ‘program’ logic, to create your own custom switches perhaps? Is there detail on the interface for that?

You pretty much hit the nail on the head. The article goes into a bit of detail regarding the famous calculator level from the first LBP that Upsilandre created. He had tons and tons of wires and switches in the background working to make that happen. Media Molecule didn’t want players to have to take up all that space just to make that happen. So in LBP2 you can create microchips that handle all of that logic stuff. You can condense all of it and the commands and function onto one chip and have it take up drastically less space in the level.

Additionally you can use the microchips to program enemies and such as well. You can control their properties, weak points, animations, whatever. They can all also be condensed onto a microchip.

The interface for animations and some properties of Sackbots is shown. It’s clearly not all there is to do with the Sackbots but it looks a lot like the first game’s menus in that respect. However once you have programmed that aspect and other aspects, you can condense it onto a little circuit board with microchips like I was mentioning in that particular post. They blow up considerably so you can see what aspects have been copied onto a particular Sackbot or whatever. This is very hard to explain in words but once you see it I think it will make more sense.

You can fix the floaty jump physics? Megaton incoming.

From the article, Media Molecule implies that the floaty controls are “signature gameplay” of LBP1, but they know that a lot of fans didn’t like the way they worked with their levels. So you can customize the control scheme of a user-created protagonist within a level. It doesn’t mention anything specifically about the physics but it does allude to it heavily for the user-created protagonists.

Is it going to use Move? It should be no-brainer.

Nothing about Move in this article. However I sincerely believe that this game is being built for it. The grappling hook screenshot is a dead giveaway to me.

if this is real then thank god they kept the same littlebigplanet 1 style. now they have to deliver with other things like good fun content, user friendly, charming graphics, a lot of online versatility, and just make an amazing littlebigplanet sequel 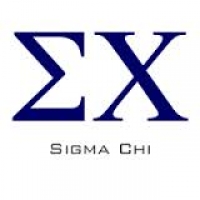 Looks good, cannot wait to see it in action.

Awesome screens and info! I didn't read the list though, is there anything new in it? I really hope the Move is supported, LBP2 could become a birthing ground for new motion control schemes!

wow. I was just hoping for powerups. They've most definetly learned from the first game !

on another note, I hope they let us play the command & conquer clone :p

Here's some more info from edge:

As well as in game community support there will be a website lbp.me. It will run on the same servers as the game and each player will have a dedicated page to themselves with which to share their creations.

They have shared tech with Santa Monica for better depth of field effects.

They saw levels created in the presentation were Snake, Micro Machines, Asteroids, Bionic Commando(Grappling Hook), Plok, Gradius, Choplifter, Puzzle Bubble, Shadow of the Colossus, Space Invaders and A Boy and his Blob.

Alex Evans went on to say they have streamlined creation as well as expanding it. Using the Gradius game that was created as an example of levels that he hopes more people will be able to make with ease.

"There will be user-created integration in QR codes as well. They can be printed on advertisements, business cards, and automatically load a level when held up to the PlayStation Eye.There is no special menu to do this. Any time the PS3 is turned on and running LBP 2, you can wave it in front of the Eye"

"There is an in-game microchip that functions as a calculator and it is a direct response/homage to PSN user Upsilandre?

"Steam & Cake: Steampunk-style level based on a fucked-up tea and cake party"

I MEAN SERIOSULY? I dunno what else they have in store but this is already a Day 1 to me....not gonna let go of this experience no matter what :D

You're trusting a random blog? When there's an information blowout in two days?

Is it different from the one posted yesterday?